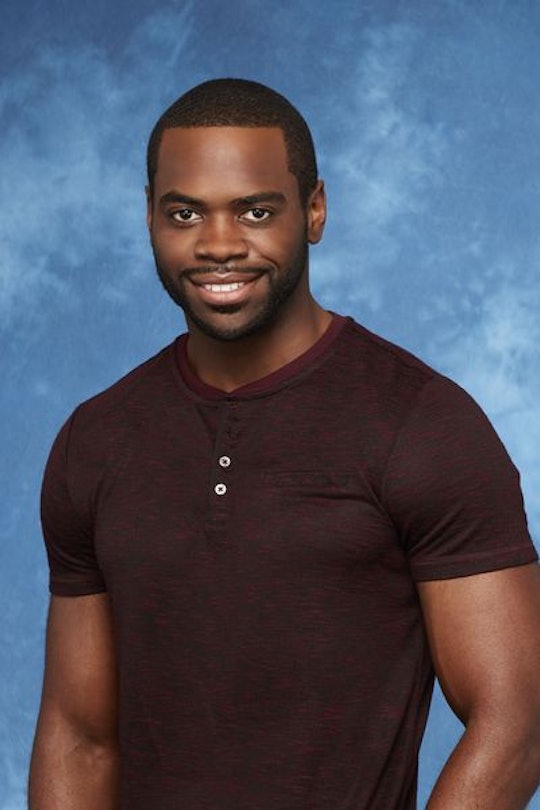 Josiah & Rachel Have A Lot In Common On 'The Bachelorette'

Rachel Lindsay's season of The Bachelorette has only just begun, so neither she nor the audience have really gotten to know her group of prospective suitors yet. Right now they're all just a collection of easily forgotten names and memorably absurd details; it's hard to tell if any of them will be well-suited to Rachel in the long run. But to figure out who has the best chance of winning Rachel's heart, the audience will have to get more familiar with each of the guys determined to try. So in an effort to do just that: who is Josiah on The Bachelorette? He may just be the perfect suitor for our Bachelorette.

Josiah Graham is a 28-year-old prosecuting attorney who seems to have a few things in common with Rachel just going off his introductory questionnaire. They both have Bible verses tattooed on their torsos, so religion is clearly important to them. They both have an admitted admiration for their parents, with Josiah citing his dad as an inspiration. Plus they're both lawyers who share a dedication to their job. While it's still too early to tell if their personalities and temperaments will prove compatible, their surface similarities could at least break the ice once they start chatting.

A Fort Lauderdale, Florida resident, Josiah is also a graduate of the University of Central Florida and the Florida State University College of Law. According to his Facebook, he spent three years as an assistant state attorney for Broward County, though he recently left that job to join the law firm Kelley Uustal to help handle their injury and tobacco litigation. In a show filled with men who list their jobs as "whaboom" and "tickle monster," Josiah's recognizable career is certainly refreshing.

Josiah's interest in law came from a very personal place. In an interview with MD & Esquire, he said that he always wanted a job where he could utilize the public speaking skills he'd refined at church recitals. But it wasn't until an arrest for burglary when he was 12 that he "acquired a sense of passion for criminal justice."

In Josiah's words, he "went through the Broward State Attorney's Office's diversion program in lieu of being prosecuted." He added:

When I went through this program, I met a Judge, that, after looking at my grades, pulled me to the side and said, 'What the f**k are you doing man!? You're a straight A student and you don't belong here!' Those words had an indelible impact on my life. Ever since that moment, I knew that I wanted to become an attorney and I vowed to align my career path to reach that goal.

Josiah doesn't seem to have a huge internet presence, which adds to the impression that he's a pretty normal guy living a pretty normal life when he's not angling for a rose on ABC. There's no guarantee that that will make for incredible television (flashier personalities tend to end up with the most screen time), but it might result in a genuine connection with Rachel.