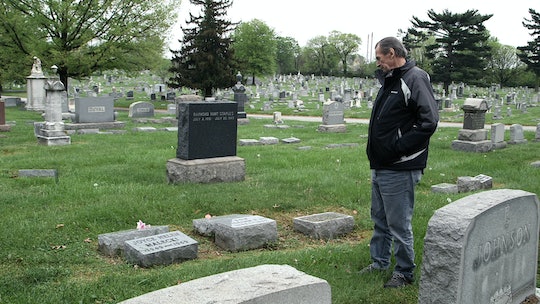 Joyce Malecki May Have A Connection To Sister Cathy

Netflix's upcoming series The Keepers tracks the investigation into the death of Sister Catherine Cesnik, a Baltimore nun who vanished in November 1969 and was found dead nearly two months later. The decades-old cold case has been revitalized after Cesnik's former students at Archbishop Keough High School came forward with allegations of abuse by priests at the school. But Cesnik's wasn't the only unsolved murder from that time period in Baltimore. The possibly connected crime has many asking the question: Who is Joyce Malecki on The Keepers?

Malecki was another victim whose death had some eerie parallels to Cesnik's — and now, nearly 50 years after both deaths, Cesnik's friends, former students, and other amateur investigators into her death appearing on The Keepers believe that the two murders may have had a common motive. According to Radio Times, Malecki was reported missing four days after Cesnik went missing. A 1994 Baltimore Sun article also reported that the young woman from Lansdowne disappeared after going on a Christmas shopping trip in Glen Burnie. Like Cesnik, Malecki's car was found abandoned. The 20-year-old young woman's body was discovered just two days later, in the Soldier Park training area of Fort Meade. Despite the fact that Malecki's death was investigated by the FBI (since she was found on a federal reservation), both her case and Cesnik's went cold and, to this day, remain unsolved. The same Baltimore Sun article stated that the Baltimore County Police and FBI agents had conferred to figure out whether there were enough similarities to link the two killings.

Cesnik's former students began investigating their beloved teacher's death anew, decades after her death, and even started a Facebook page for open discussion of the unsolved murder. The group, Justice for Catherine Cesnik and Joyce Malecki, also revolves around discussion of Malecki's death. The group's official description calls it an "[o]pen discussion of the 1969 murders of Sister Catherine Ann Cesnik and of Joyce Helen Malecki, cold cases which may have the same perpetrator, and which have commonalities of location and who the victims knew, including Father A. Joseph Maskell."

Romper reached out to the Baltimore Archdiocese for a statement regarding any accusations against Father Maskell and his potential involvement in Cesnik's death. The spokesperson commented that "Father Maskell was never considered a suspect in that murder. He was interviewed once. One of the victims claimed that she had a recovered memory of his involvement in her death, but he was interviewed and never charged."

Many of the investigators featured on The Keepers believe that Cesnik was killed because she was going to come forward with information about Maskell's abuse (accusations which he denied up to his death in 2001). But how does that potentially connect to Malecki? City Paper's 2005 investigation of Cesnik's death noted that Archdiocesan records show that Maskell was Malecki's parish priest in the two years right before she was killed. The same report noted that interviews with Malecki's surviving family members revealed that the Malecki siblings (including the victim) attended weeklong religious "retreats" through the St. Clement Church, where Maskell served from 1966 to 1968.

It's unclear just how much focus The Keepers will give to Malecki's death, but hopefully the investigators at the heart of the series will be able to determine who killed these two women and help them finally have justice.