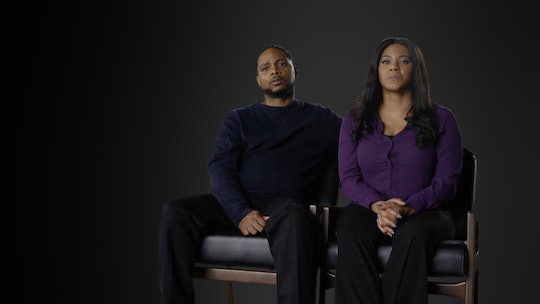 Joycelyn Savage's Parents Are Fighting For Her Return On 'Surviving R. Kelly'

In Lifetime’s new docuseries, Surviving R. Kelly, parents Timothy and Jonjelyn Savage allege that their daughter, Joycelyn, was brainwashed by R. Kelly and that she lives with him under tight control. The family has tried to contact her numerous times, but haven’t heard from her in years. After hearing so many stories of alleged abuse by Kelly, people may be wondering, who is Joycelyn Savage and is she still living with the singer?

On Surviving R. Kelly, the Savages say that Joycelyn was a budding singer who met Kelly at her parent’s boutique in Atlanta in 2015. When she started college as a freshman, Kelly began mentoring Joycelyn with her singing career, and the family assumed that it would be a strictly professional relationship.

“I think R. Kelly could have helped my daughter in the right position to help make her a star because he had a lot of influence with the record labels and he’s created big hits with a lot of people,” said Timothy. “I think it was back in 2008, we did hear some type of allegations that he had a trial that was going on, but the courts found him not guilty at that time, so we didn’t think nothing else of it.” Just to be on the safe side, the Savages said that they set clear rules for Joycelyn to never meet Kelly without one of them present.

In the documentary, the Savages allege that in December of 2016 they tried to contact Joycelyn for three days before she finally called back and told them she was not in her college dorm and was staying with Kelly instead. According to the parents, Timothy tried to convince her to go back to college and fulfill that path she had chosen, but Joycelyn told him she didn’t know what she wanted anymore. “Weeks went by and there was no answer, it was like a dead silence tone when I called,” Timothy says on the series. “It’s been almost two years now, and we still haven’t seen our daughter.”

The Savages began a public campaign to get Joycelyn back, and in a 2017 press conference claimed that their daughter was “severely brainwashed” to a point where she only said what Kelly told her to. “Stockholm syndrome,” Timothy said in the press conference. “That’s what my daughter has right now.”

But Joycelyn has released her own series of statements through videos published on TMZ, and in each one she claimed she wasn't being held against her will. In one video, Joycelyn pleads with her family to leave her alone because she claims she is happy with her current life. In another TMZ video, Joycelyn is standing next to Dominique Gardner (another alleged victim of Kelly) in Los Angeles, and claims she is on vacation. While Gardner remained silent throughout the clip, Joycelyn addressed her parents’ allegations. “You know, it’s rumors out there that are saying that I’m captive, I’m a hostage, well obviously that’s not true,” she said. “I’m out here, enjoying life and doing my own thing.”

As of now, the Savages say they have not had contact with their daughter in over two years. According NBC News, days after the Lifetime documentary aired, Timothy filed a police report in which he which he claims that Kelly’s manager, Don Russell, threatened him, but these allegations have been denied by Kelly’s lawyer. Last summer, Timothy told police that Kelly’s former manager, James Mason, also sent him threatening messages, and a recent CNN report confirmed that a warrant has since been issued for Mason’s arrest.

According to the New York Times, after Surviving R. Kelly aired, prosecutors in Kelly’s hometowns of Chicago and Atlanta have started investigating claims of the singer’s alleged abuses. They are interviewing witnesses — including the Savages — and asking any other victims and witnesses to come forward with information.

Joycelyn's parents continue to fight for the safe return of their daughter, and they have also created a hotline for other Kelly victims. What happens with Kelly and Joycelyn remains to be seen, but I’m sure many people to see her reunited with her family soon.