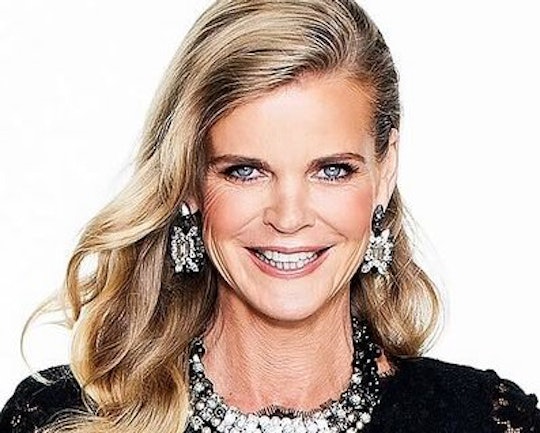 This 'Real Housewives Of Auckland' Star Is Already Making Waves

Every Real Housewives fan undoubtedly rejoiced when Bravo announced the latest installment in the franchise would be Real Housewives of Auckland. (It couldn't have just been me, right?) Detailing the high lives of New Zealand's wealthiest and most dramatic, the most important thing is always putting together a cast that will catch people's attention. Before RHOAKL becomes anyone's new obsession, the best preparation any 'Wives devotee can accomplish is learning anything and everything about the new cast of characters. So who is Julia Sloane on Real Housewives of Auckland? She's already made headlines overseas, and not necessarily for the best reasons.

Julia is a well-known businesswoman in Auckland, where she holds the position of director at Bestaff, a business that provides hospitality staff to restaurants and bars. A former model, Julia was a Miss Universe New Zealand finalist and a Face of the 80s finalist, as well as a former athlete whose running career led to her representing New Zealand in the Pacific Games. She is also an author of children's books, of which she has written six, and after a long hiatus from writing, has discussed her plans to soon write more.

While it's not always necessary for Housewives to actually be wives, Julia has recently remarried an investment banker who owns a vineyard in Matakana. "If people are talking behind your back, then you're the one in front," she says in her official tagline for the season.

Since the show has already aired in New Zealand, that means international fans have some insight American audiences don't. On an episode from the season that will presumably air soon in the U.S., Julia was heard using a racial slur to describe her fellow Housewife, Michelle Blanchard. When fans responded with public outcry and called for her to leave the show, Julia apologized for her comment.

"I wasn't thinking, I made a mistake and I have apologized to Michelle for my remark," Sloane said. "There is no excuse for using offensive words under any circumstances and I have learned from this foolish mistake."

Whether or not that moment will make it into the American broadcast of the show remains to be seen, and at the moment there seem to be no plans in place for Julia to leave the RHOAKL cast. What's for certain is that this is shaping up to be a very interesting installment of the Housewives, indeed.