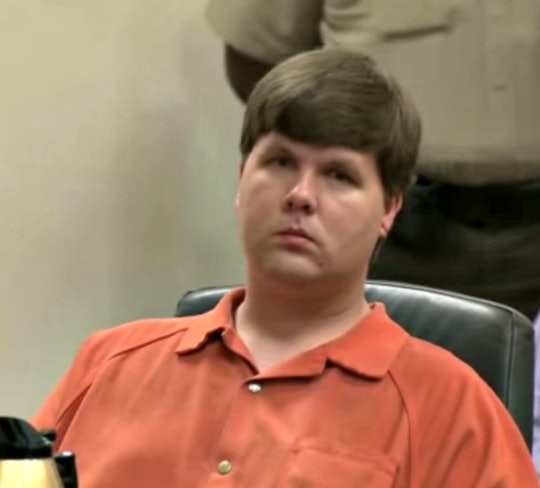 Who Is Justin Ross Harris? His Trial Began This Week

Opening statements began Monday for the Justin Ross Harris trial. It's been about two years since the hot car death of Harris' son and the trial is expected to go on for about a month, so you might want to brush up on who Justin Ross Harris is and the facts of the case so you can keep up with the headlines. It's going to be a long and hard trial to get through as Harris is facing life in prison for the death of his 22-month old son, who died after being left in his SUV for almost seven hours.

At first, it seemed like it was a very tragic accident, but after questioning Harris and finding evidence of alleged extramarital affairs, authorities charged the 35-year-old dad with his son's death. Harris faces eight charges, including malice murder, two counts of felony murder, and cruelty to children in the first degree. The prosecution isn't seeking the death penalty.

The case is a very sad and complicated one. In September 2014, Harris was supposed to drop his son, Cooper off at daycare. Instead, Harris went to a Chik-Fil-A and then off to work at a Home Depot headquarters, apparently not remembering that his son was in the car. Later, Harris stopped by the car before he and his co-workers went to lunch and still didn't see Cooper. It wasn't until around 4 p.m. that Harris noticed his dead son in the backseat of the car, on his way to a movie theater.

As if that wasn't enough to wrap your head around, things get a little more complicated from there. Harris called 911 and his then-wife, Leanna Harris who, according to police, said that, "Ross must have left him in the car" when she was informed of her child's death. Police found that Harris had allegedly searched "How to survive prison” and “How long does it take for an animal to die in a hot car." Harris reportedly also asked about cashing in a life insurance policy that he and his wife had taken out for their son.

In addition to that, prosectors will make a case that he was also allegedly having affairs with other women, some of them minors and he's facing charges for that, too. On the day of Cooper's death, Harris had been sexting six different women. Harris separated from his wife in February 2016.

The trial was supposed to begin earlier this year but the case was so widely publicized that the defense asked the judge to relocate the trial from the Marietta area in Cobb County, Atlanta to Brunswick, Georgia, which is five hours away and near the Florida border, where they found 12 jurors who were not prejudiced by media coverage of the case.

Opening statements began on Monday and the trial is being live streamed if you have it in you to watch.