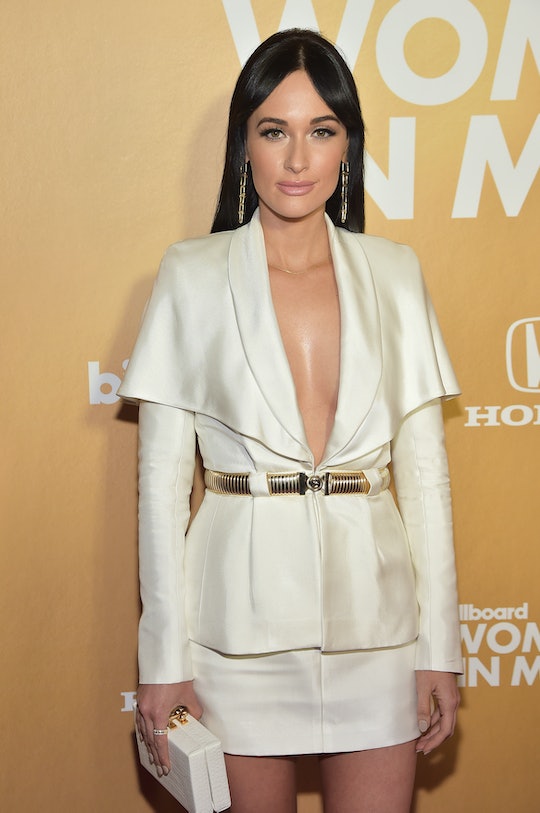 Sunday's Grammy Awards promise to be an exciting night, with a wide variety of artists performing, nominated or otherwise honored, from Cardi B to Dolly (Parton, that is). With rising country artist Kacey Musgraves up for three Grammys total, including Best Country Solo Performance for her song "Butterflies," some fans may be wondering, who is Kacey Musgraves' husband? After all, Ruston Kelly is said to be the wind beneath her wings.

Between the Grammys and an upcoming tour spanning the United States, Australia, New Zealand, and the Dominican Republic, as her social media accounts note, Musgraves is riding high these days. But part of the secret to her success is her relationship with songwriter Ruston Kelly, who she married in October, 2017, according to her Instagram account.

As Country Living explained, the two met in 2016 at Nashville's famed Bluebird Café, where singer-songwriters workshop their material. Musgraves heard Kelly, and something happened.

"Ruston played his first song, and I was just stunned by everything in it — the words, the melody, what he was saying," the singer shared with the website Hit Daily Double.

"I was just sitting at this table, crying. When it was over, I went up and introduced myself. I said, 'Hey, I don’t really ever do this, but here’s my number; I really wanna write with you.'"

When the time came for the songwriting date, a jaded Musgraves considered canceling, according to the website Taste of Country. Good thing she didn't.

"The second Ruston walked into my house, I felt like Dorothy when the colorized part happens in The Wizard of Oz," she told Hit Daily Double.

Kelly obviously felt the same way; Texas Monthly quoted him as saying that when he met the singer, he thought, 'this is the most beautiful woman I've ever seen.'"

The two were engaged by the end of 2016, according to Country Living. "Last night, the best man I've ever met got down on one knee in my little pink childhood home..in the same room I played with my ponies and barbies and asked me the easiest question I've ever been asked. ❤ I finally know what everyone means when they say 'you just know,'" Musgraves wrote in a caption announcing the news on Instagram.

With their ridiculously gorgeous 2017 Tennessee nuptials including vows they wrote together on Kelly's typewriter and subsequently featured in Martha Stewart Weddings, it really does sound like this duo is living out a modern fairy tale, albeit one with a musical twang.

The pair recently collaborated on a duet that put to music the words of Johnny Cash — those of a poem that he penned for wife June Carter Cash, as Rolling Stone noted.

At the upcoming Grammys show, Musgraves will be one of a select group of artists chosen to cover Dolly Parton's hits over the years as part of a tribute to her by the Recording Academy, which puts on the awards show, as People noted in another story.

Musgraves and hubby Kelly are adorable, and I hope we get to see them both on the red carpet, in addition to Musgraves' appearance (or appearances, should she also win) onstage. Good luck, Kacey!