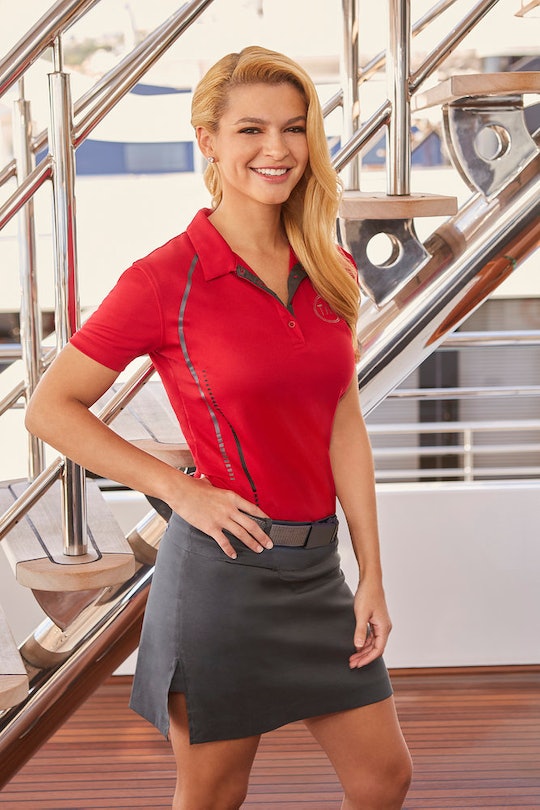 Who Is Kasey On 'Below Deck Mediterranean'?

According to her cast bio, Kasey is a New York native, hailing from Oceanside in Long Island, specifically. However, she also has roots in Colombia with her mother hailing from Bogota. Kasey is the first to admit she was a bit sheltered and privileged growing up, but she enjoyed her lifestyle. She's also been a go-getter, and gained a lot of confidence and charisma from doing pageants. Kasey is also very bright. She was a straight-A student in high school and got a bachelor's degree in psychology from Stony Brook. Though she doesn't have much experience on boats, she's determined to succeed as part of the crew.

This season Kasey is one of the stewards on the superyacht, Talisman Maiton, alongside fellow newcomer Brooke Laughton. Additionally, Kasey isn't the only Long Islander aboard this season. Her fellow crew mate, Colin Macy-O'Toole, also hails from Long Island and captains a ferry to and from Fire Island. On Below Deck Mediterranean, Colin is a deckhand.

During this season of the series, the crew will take a number of voyages from Naples to Capri to Positano, sailing around the Mediterranean as the show's title indicates. While the crew will have to face the natural elements like hurricane winds and lightning storms, they'll also have deal with the demands of their high-profile guests. Additionally, they'll also have to deal with each other.

As with the past seasons, the crew will get into their own bout of drama, which includes hook-ups, breakups, and fights. At the helm of everything is Captain Sandy, who does her best to keep everyone in check and to make sure the yacht is running smoothly.

In the premiere episode, the crew was introduced and Kasey revealed that she currently lives at home with her parents, who do not allow her to do laundry. That may fly at home, but as a stewardess, doing laundry is one of her main tasks, something she quickly realizes when faced with the industrial-sized yacht iron. Additionally, when Hannah, a veteran stewardess, asks Brooke and Kasey if they can tend bar, Kasey response is that she can make a Jack and Coke, much to Hannah's horror. To make matters worse, when the crew's first guests arrive and they head out, Kasey becomes seasick and ends up vomiting in a plastic bin instead of doing her job.

In the following episode, viewers got to learn more about Kasey through her conversation with João, the crew's resident flirt. First, Kasey tells him that she's allergic to raw fruits and vegetables, which is connected to her latex allergy. This leads João to ask if she uses condoms, because naturally when he heard latex his first thought was condoms. That's when Kasey revealed that she actually hasn't had sex in eight years. João then, unsurprisingly, volunteered as tribute to rectify that situation for Kasey.

By episode three, it appears Kasey still hasn't gotten the total hang of things, but lucky for her the boat wasn't allowed to go out into the water so at least she didn't have to deal with seasickness. She still struggled with laundry, asking Hannah if she could mix beige with red, and then with serving breakfast as well. Still, in Kasey's defense she only just started working and it'll take some time for her to get the hang of things. Hopefully though, she'll figure it out soon before she ends up fired.