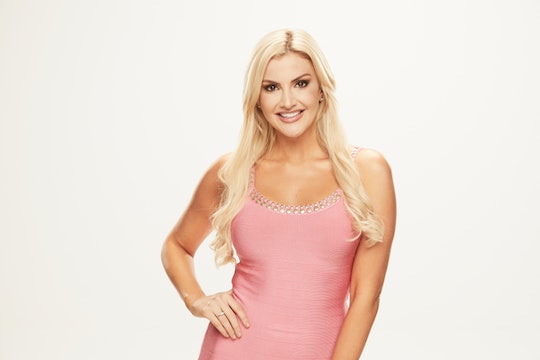 Kathryn Dunn Is Bringing Her Marketing Expertise To 'Big Brother'

Big Brother returns to CBS on Jun. 25, and fans can’t wait to get acquainted with the new cast. It’s too early to tell who will win, but there are certain personality factors that set competitors apart. There’s one housemate in particular that has viewers curious. She seems like a charming person, but fans want to know exactly who Kathryn Dunn is on Big Brother and what her game plan going in to Season 21.

As described by her CBS Big Brother bio, Kathryn is a 29-year-old digital marketing executive from Dallas, Texas. She works as a Senior Account Executive for a firm called Social Revolt, and company whose website describes it as a marketing agency that uses “digital advertising and social strategy” to shape conversations that “build brands, grow influence, and accelerate business growth.”

On her series bio, Kathryn revealed that because she lives and breathes marketing, most of her hobbies are related to social media and Instagram, where she loves to create content and post pretty photos of herself and her friends. She also revealed that she once won a poker tournament, was tweeted by Kim Kardashian, is a student pilot who’s flown over the Hawaiian islands, won a dance competition in Bogota, Colombia, and has gone scuba diving with sharks. Kathryn seems to be a pretty well-rounded contestant, and I’m sure she’s going to bring her marketing experience, as well as her life experience to the competition.

When asked about her strategy going in to the house, Kathryn explained that she’s going to stay as low-key as possible. “So looking back on when I was in training camp for the Dallas Cowboys Cheerleaders, I realize that my approach was all wrong. I was "look at me"/in your face, because I wanted to stand out, but because of that, I was the first one gone,” she explained in her CBS bio. “I think in a competitive setting like this, it's important to stay under the radar for as long as you can, and only arise when it counts. I'll be friendly and pleasant to everybody so nobody will have a reason not to like me, and I'll work/strategize behind the scenes so they don't even see me as a threat. Stay woke, my friends.”

In an interview with ET Canada, Kathryn talked about how she plans on staying true to herself in the competition, but also admitted that she’ll be toning down her personality when it comes to her fellow housemates. “In the house, I have to be super low key,” she said. “I have a huge personality, I mean, I’m from Texas, and we’re all you know, loud and proud. I can’t go in showing my big personality — People will get jealous, they’ll be put off by you for whatever reason, or you’ll just catch their attention. And in a game like this, you don’t want to catch people’s attention, because then they’re like ‘that’s who I’m going to target next.’”

So far, it looks like Kathyrn plans on utilizing every bit of her marketing expertise and strategy throughout the competition, but fans will have to wait and watch to see how far she actually goes.