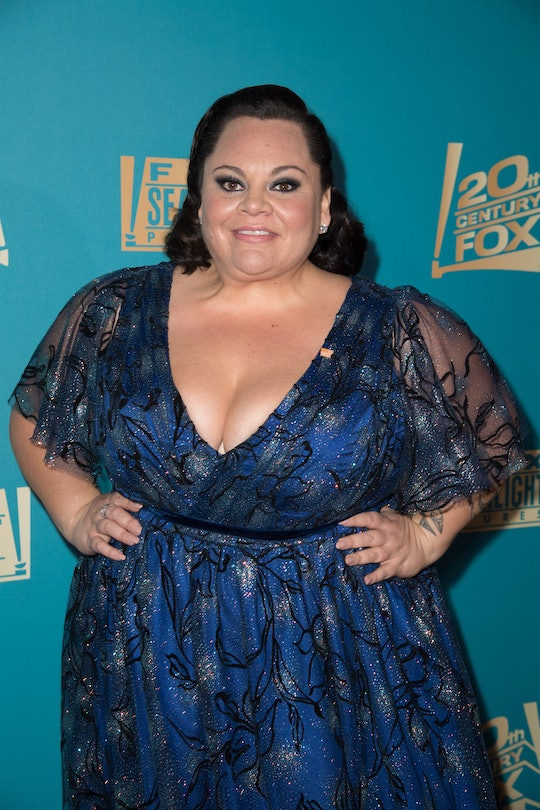 Although all of the cast members in Rent: Live are impressive, one star stood out in particular — Keala Settle. As for Settle's role in the show? She delivered a killer solo in "Seasons of Love." And now tons of fans want to know who Keala Settle is.

Nailing a solo performance is no easy task, which is why many people lost it over Settle's take on "Seasons of Love." Not only did Settle's powerful voice blow viewers away, but many people were enamored with her stage presence.

"@kealasettle is holding this whole thing together and simultaneously tearing me apart," one person tweeted about the rendition.

If you're already impressed with Settle, you might want to sit down for this nugget of info. Settle's had a mini-stroke in 2018 caused by a disorder called Moyamoya disease. To treat the issue — which can cause seizures, headaches, developmental delays, etc. — Settle underwent a 10-hour double-bypass brain surgery, as People reported.

Yep, you read that right — Settle blew Rent: Live viewers away only a year or so after recovering from a stroke and major brain surgery.

"It’s shifted me in ways I’m still understanding,” she told People about the health scare. "The way that I look at the world is so completely different. I’m more at peace than I’ve ever been; I can find the joy in things I never could. This truly gave me another lease on life."

As for Settle's professional background, she's best known for her role in The Greatest Showman. She played Lettie Lutz, aka The Bearded Lady.

The role launched Settle into fame and stardom, things in her life she had been avoiding for too long. She explained to Billboard:

Settle also performed a song from the film, "This Is Me," at the 2018 Oscars. Her performance was widely praised, with Zac Efron chiming in at the time: "I have no words. @kealasettle you were glorious."

The tune was nominated for the "Best Original Song" category, but it ultimately lost to Coco's "Remember Me."

Circling back to Settle's role in Rent: Live, she knew she wanted the part right way. She told San Diego Gay and Lesbian News:

When I heard they were doing the show, I emailed them and basically asked if they were still doing this song in the show, and if they were, could I sing it. They called me back a couple of days later and told me they’d love to have me on the show, and I’ve gotten to meet this incredible family of young performers which has just been amazing.

Amazing, indeed. It's clear Settle is a powerhouse, and I don't have any doubts that she'll continue to wow people long after Rent: Live.