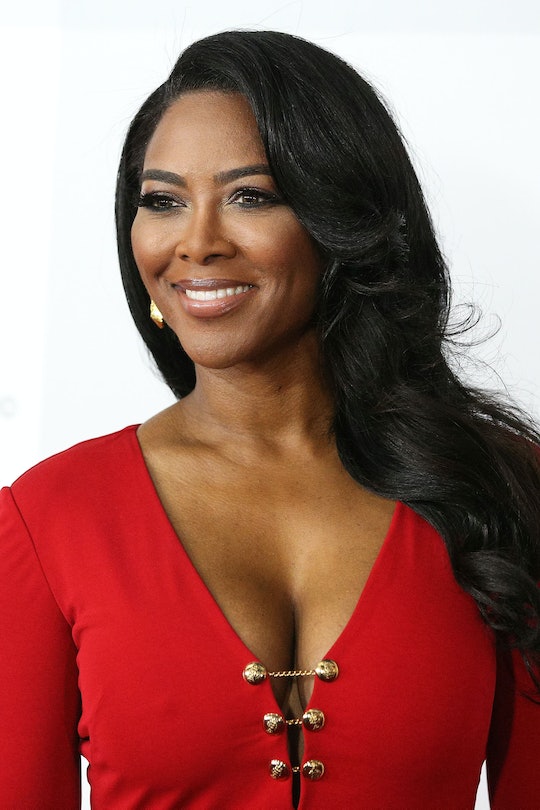 Everything 'RHOA' Fans Need To Know About Kenya Moore's Husband

If you didn't even realize Kenya Moore was in a new relationship until watching The Real Housewives of Atlanta Season 10 trailer, that's because she started dating, got engaged to, and married her now-husband (and the great mystery of Season 10) inside of six months. According to Bravo, the pair tied the knot in an intimate ceremony on the beach at a private resort in St. Lucia on June 10. People was there to cover the affair and Kenya admitted in the accompanying profile why it was important to her to keep the relationship hush hush. But who is Kenya Moore's husband? Marc Daly is staying firmly out of the limelight.

They were first introduced by mutual friend Roblé Ali, of Bravo's Chef Roblé and Co. Daly is a 47-year-old businessman who recently opened a southern fusion restaurant in the Williamsburg neighborhood of Brooklyn called SoCo. Although he and Kenya first met in the summer of 2016, they didn't start dating until this past December. That means they got married after a year of knowing each other and only six months of dating. It's not surprising, then, that a main focus of Season 10 seems to be speculation over whether Kenya is in a fake marriage. The other Housewives don't seem to know him very well and her best friend Cynthia even fumbles when searching for his name.

Of course, whenever anyone asks Kenya about her new husband, she immediately gets defensive and demands to know why everyone is so interested in her business. (Well, because you're on a television show in which you've consented to sharing your business, but anyway.) In her wedding profile with People, she finally explained why she decided to keep her relationship from the other Housewives:

He didn’t sign up for this world, I did. Every time someone has been associated with me, they attack that person – immediately going after them, trying to bring them down and saying crazy things. They tear people apart. And so for [Marc], he was like, 'This is about me and you — it’s not about me or you.' He just wanted it to be about our pure love and not about him.

Kenya also insists that she got married for herself and not for the cameras. She claims that she wasn't interested in getting married because anyone pressured her into doing it or just for the sake of getting married itself. Although, you may recall, Kenya has been dying to have a baby for several seasons and her new husband is also very interested in family. "We both want to start a family and soon — like, right away," she said. "We both want a child."

As of that June profile, she didn't know whether or not she felt comfortable putting her marriage on camera (and it's been a death knell for many, many marriages in the Real Housewives franchise). So we don't know if Marc appears anywhere in the season just yet. But from the looks of it, his absence will be heavily relied upon as a source of drama at the outset.