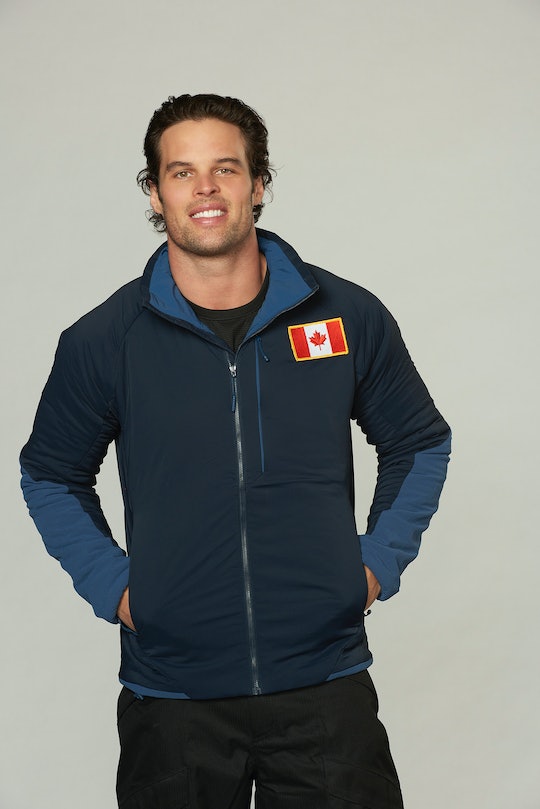 The Bachelor Winter Games begin soon, and I'm trying to figure out which contestants will be the best players. I feel like Kevin Wendt, from Canada, may be a good contender. So who is Kevin on The Bachelor Winter Games? The Bachelorette Canada star actually won during his season but, just as couples in the American versions, sometimes the love doesn't last. Now, Kevin is heading a bit south to the winter games to either try to find love or try to win the games — his true motives are yet to be seen. That is, of course, if he's here for the right reasons at all. But I'm going to go into this with a "glass is half full" mentality and say that I'm sure Kevin has the best of intentions heading into the winter competition.

But I'm getting ahead of myself. Here's everything we need to know about Kevin ahead of the Winter Games. He appeared on Season 1 of The Bachelorette Canada, vying for the love of Jasmine Lorimer, a then-28-year-old hairstylist from Kenora, Ontario. Kevin himself is from Waterloo, Ontario and was 32 at the time of the season back in 2017. According to his Instagram, Kevin's passions are firefighting, family, friends, and fitness.

At the end of the season, Kevin won The Bachelorette Canada; however, he and Jasmine split five months later in April 2017. What happened between the two of them? Jasmine shared a photo on Instagram along with a novel-length caption explaining the breakup. It said:

There's no denying that Kevin and I have experienced our share of ups and downs. Our journey together has been a challenging one, but in spite of the hardships, our bond grew stronger and our support for one another did as well.

She went on to say that there are no hard feelings with Kevin, and that he's a wonderful person. Kevin shared a statement of his own on Instagram, with a photo of the two of them as opposed to a sunset which Jasmine opted for. "Impossible to put into words the love and respect I have for this woman," he said in the caption. "Im [sic] sad to share, at this point in our lives we have decided that it is best we go our separate ways. The situation in which we met and fell in love is a very real one."

As public Bachelor/ette breakups go, this is actually one of the sweetest I've seen. It seems that the Navy veteran and firefighter is dedicated to finding love, as evidenced by Kevin's Bachelorette Canada cast bio. "He has put himself in many dangerous situations over the years, always with the goal of helping others. A family man at heart, Kevin talks to his mom every day and adores his little niece," the biography stated. "His dream is to one day have a relationship as strong as his parents’ and a family of his own. He firmly believes there is one person out there just for him, and for Kevin, this could be his chance to finally meet her."

Well, now is his chance to show off both his physical abilities and get another chance at love on The Bachelor Winter Games. Not only that, but he will be with a former fellow contestant: Benoit from Montreal, who was also on his season of The Bachelorette Canada. I'm excited to see not only how they interact together (especially considering that Kevin won), but how Kevin interacts with the American and international contestants. I feel like he has a good a chance as any to not only win the games but find a future partner... hopefully for a bit longer than five months. But hey, it wouldn't be the shortest Bachelor relationship ever.