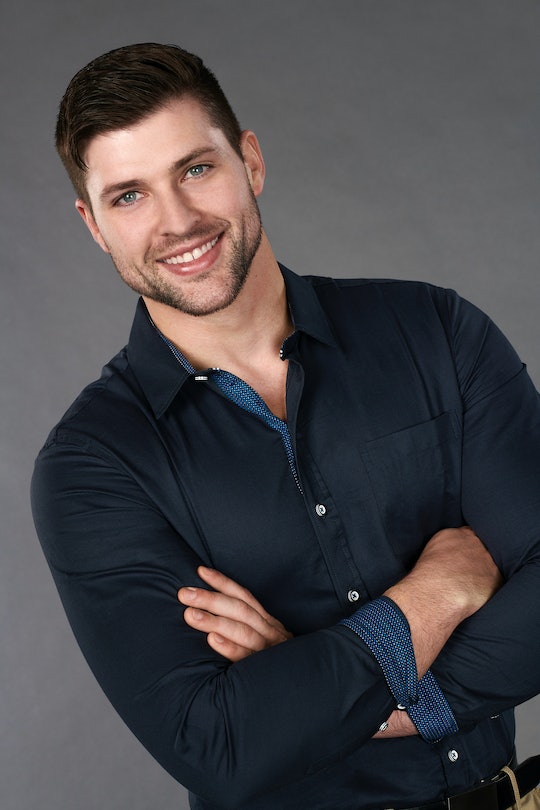 Wait Until You Get To Know This Gym-Loving 'Bachelorette' Contestant

With only a few episodes down, The Bachelorette still has a few guys you don't know much about. Hannah is doing her best to sort through the contestants, but when edited down for TV, I'm often left wondering who some of the men are at all. For instance, who is Kevin on The Bachelorette?

According to his official ABC bio, Kevin considers himself a "small-town guy who is the ultimate family man." Though, he also admits he hasn't found "the one" yet because he "loves too hard." If I remember correctly, that's exactly what Hannah said she wants in a man — someone who can love her fiercely, and choose her every, single day. So far so good, Kev; I think you've come to the right place. As an avid Harry Potter fan, and a man who loves to sing and play piano, I would never guess his career lies in behavioral health where he helps Army vets navigate their trauma. Yeah — he has a huge heart beneath all those muscles.

There are so many layers to the 27-year old Chicago native, I had to scope out his Instagram and Facebook pages to learn more. You'll either be excited or disappointed to learn that most of his Instagram feed consists of body shots. No, I'm not talking about alcohol, but all the angles he can possibly get of those muscles. Kevin likes to show off his gym bod — and thank you, BTW — as much as possible. If I had half the abs he does, I'd do the same. Whether it's a close up of his pecs, or a classic bicep shot, you might forget he has a face. This isn't a complaint by any means, but I'm sure there's more to Kevin than abs. The majority of his public Facebook photos are selfies. Again, I'm not complaining. There are worse things to look at. But none of this tells me much about who Kevin is on the inside. I wonder if Hannah will feel the same.

So I know fitness is his thing, but a lot of the men are physically fit, and quite a few of them have admirable careers. They're all ridiculously gorgeous, so what will Kevin do to really stand out? It's no secret Hannah loves a fit man (hi, Colton Underwood), or a man who's ready to put family first.

Y'all already know what Hannah's been through, and what she's looking for. She may be a polarizing choice for the franchise, but the longer the show goes, the more I see the *real* Hannah. She's more than pageantry and awkward conversations — she's raw and vulnerable, owning every uncomfortable conversation and interaction. The men that get to stay and watch her shed her layers will, no doubt, have to be just as self-aware as she is. Kevin may be the one to do it.

Now that you've taken a closer look at who Kevin is, maybe you'll pay more attention to him on the next episode (if he's still around), that is. He hasn't made much of a mark just yet but don't worry friends, there's still time.