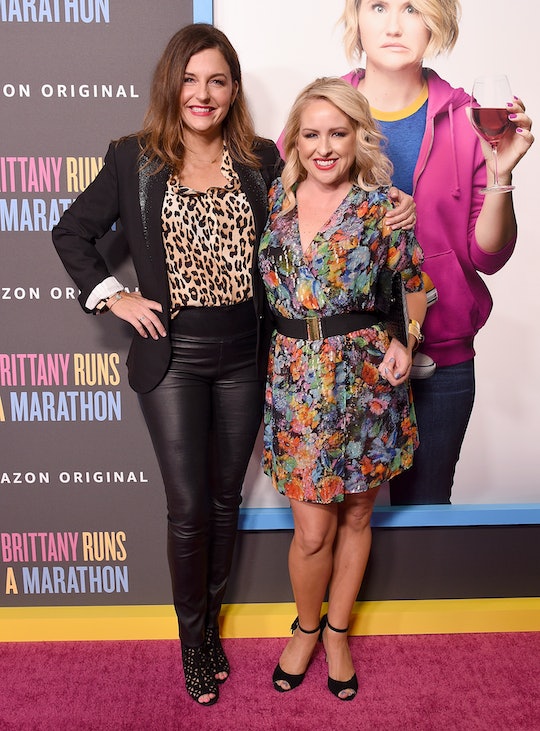 Kristin Hensley Is About To Mom Harder Than Ever Before

There is plenty of mom-related content on the internet, but few have taken the content to the extent IMomSoHard has. Created by Nebraska moms, Jen Smedley and Kristen Hensley, the 2016 web series hit viral status quickly, cementing their no-holds-barred momedy as a new go-to for moms around the world. It doesn't matter if you haven't heard of the project, as long as you know who Kristin Hensley is (and her series partner, Smedley). Because IMomSoHard is one of the most relatable mom-centric web series around. And even better? The duo now have a special available to stream on Amazon Prime.

Though you may recognize Hensley from some of her acting projects, she's become a household name through IMomSoHard. But she's also been in 120-150 commercials she's been in as well as small parts in Parks and Recreation and Brooklyn Nine-Nine. The mother of two from Central City, Nebraska received her B.A. in Theater at University of Nebraska in Lincoln in the '90s, though she confessed to her college website her parents didn't love the idea of a theater major. "So then I just told my parents I was an education major, but I just became a theatre major for the next four years."

After the "education major," Hensley tried her hand at standup comedy before moving to Los Angeles to pursue acting. It was there, while doing standup, she met her series partner and friend, Smedley. The two struck up an instant friendship (after going to the same school, having the same friend circles, and still didn't meet), and the rest, as they say, is history.

Five months after uploading their first IMomSoHard video on Facebook, Hensley and Smedley had over 20 million views. "We toyed with the idea after a night of wine and bawling because we thought we were failing miserably as mothers," she said in the same interview with her university's paper. "And we were like, 'I’m sure when we’re done crying, this will be funny.'"

Since Deadline announced the CBS-ordered pilot for a multi-camera comedy based on IMomSoHard web series, the duo have since authored a book and gone on a full tour to support all the projects. These moms are definitely "mom-ing" hard.

While there hasn't been much news about the upcoming I Mom So Hard sitcom since 2018, the duo do have an IMomSoHard standup special available to stream on Amazon prime — where they will take on the same highs and lows of motherhood with their signature brand of off-kilter two-handed humor. Whether or not they will be wearing Spanx, as they did (or tried to do) in one of their most popular videos, still remains to be seen.

What is undoubtedly true, however, is that Hensley and Smedley have turned their hilarious struggles with parenting into a veritable money-making machine. And motherhood, as everyone knows, is not known to be super profitable, which makes these two nothing short of inspirational.

I Mom So Hard premieres Friday, Aug. 23 on Amazon Prime.