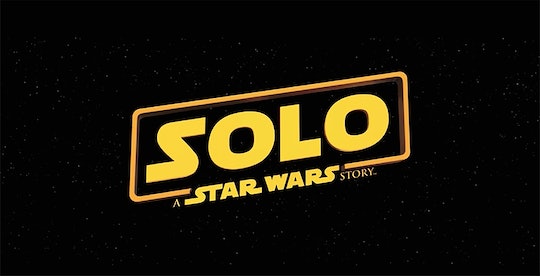 Who Is Lady Proxima In 'Solo'? Here Are The Deets On The Character & The Actor Behind Her

Friday is sure to be an exciting day for Star Wars fans thanks to the long-awaited premiere of Solo: A Star Wars Story. Although most Star Wars diehards already know what to expect in the movie character wise, there are some newbies out there who have a lot of questions about the project's key players. One of the characters people are curious about is Lady Proxima, a villain who has close ties to the movie's main character, Han Solo. So, who exactly is Lady Proxima and what's her story? The character, unlike the actress who voices her, is a bit sinister.

For those who are unfamiliar with Solo: A Star Wars Story's premise, the first thing to know is that it's a prequel to the original Star Wars film. The plot follows a young Han Solo (Alden Ehrenreich) many years before he met Princess Leila and Luke Skywalker; he teams up with a group of "galactic smugglers" — including the beloved Chewbacca (Joonas Suotamo) and Lando Calrissian (Donald Glover) — to participate in a series of heists involving some shady characters. Once the gang becomes "indebted" to crime boss Dryden Vos (Paul Bettany), they must steal a large amount of coaxium (jet fuel) to settle the score.

So, how does Lady Proxima factor into all of this? Well, it turns out the character is one of the crime bosses Han Solo worked for in his youth. Viewers witness the pair's relationship at the start of the film, when Han Solo is just a teenager. The movie's backstory reveals that Han Solo and his love interest, Qi’ra (Emilia Clarke), were enslaved by Lady Proxima as kids to do her bidding. Apparently, Lady Proxima has a habit of scouting out impoverished children to do her dirty work — a fact that makes her especially villainous. "She’s [Lady Proxima] a classic bad guy, a big meanie who uses their influence and power to enslave those far worse off than her (kind of like the worst teacher or headmistress you can imagine — Miss Trunchbull on spacey steroids)," Kate Erbland, the New York-based Film Editor at Indiewire, wrote in her review of the film.

It's also important to mention that Lady Proxima isn't a human character. Interestingly enough, Lady Proxima is "a giant worm in a pond," according to The New Yorker. Let your imaginations run wild with that description.

As for who has the pleasure of voicing the giant worm in the pond, look no further than actress Linda Hunt. Obviously, Hunt is nothing like her character. In fact, Hunt is an accomplished actress with a lot of cool credits to her name, according to IMDb. You might recognize Hunt from NCIS: Los Angeles, If Looks Could Kill, and Stranger Than Fiction. Hunt's notable voice work includes the character of Grandmother Willow in Pocahontas, and she has lent her vocals to PBS Nature and National Geographic, according to Behind The Voice Actors.

Hunt also nabbed an Academy Award for Best Supporting Actress in 1984 thanks to her work in The year Of Living Dangerously, according to the Oscars' website. A fun fact is the win marked the first time an "actor won an Oscar for portraying a character of the opposite sex," according to People.

It goes without saying that Hunt has an impressive resumé, a fact that she's grateful for. Hunt said about her growth and role on NCIS: Los Angeles, according to The Daily Beast:

When I was growing up, particularly during puberty in my teen years, I was so miserable because I elicited so much teasing and meanness from my teenage cohorts. These days, there are some teenagers out there who actually think that what Hetty is doing is cool and what Linda Hunt is doing is cool... I love that.

And now there's a good chance Hunt's cool factor will reach a new level thanks to Solo: A Star Wars Story and her role as Lady Proxima. Congrats, Hunt.