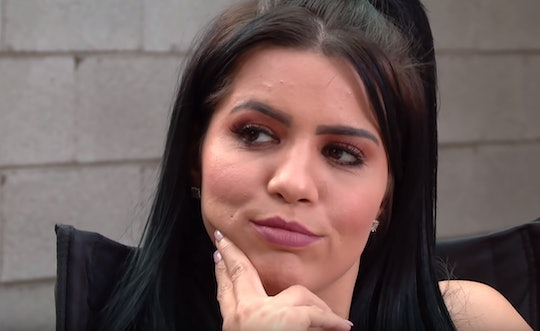 This Man Made Larissa Feel Free As A Bird On ‘90 Day Fiance: Happily Ever After'

His name is Adam Vander Heyden aka the ”DUI Doctor.” According to his website, Heyden grew up in Eagle, Wisconsin and went to Thomas Cooley Law School in Michigan. Now, based in Las Vegas as a criminal defense attorney, he handles DUI cases, traffic tickets, and in Larissa’s case, domestic battery cases.

“Adam’s passion for criminal law carries over to the rest of his life as well,” reads his website. “When he’s not in the courtroom Adam enjoys hiking, reading, playing hockey, and competing in NPC Mens’ Physique competitions. Adam believes firmly that you only get back what you put into something, which is why he puts everything he has into everything he does.”

Well, he seemed to put his all into Larissa’s case, because she was able to walk out of the courtroom a free woman. In Episode 3 of 90 Day Fiancé: Happily Ever After? this season, Debbie drives Larissa to court, where she has a hearing on her domestic abuse charges. Outside the court she meets Heyden, who tells her that he plans on trying to feel out a negotiation with the district attorney.

“The best case scenario today is if the case gets dismissed and we walk out the door,” Heyden says facing the camera. “Worst case scenario is she’s found guilty to the charge and the judge sentences her to jail and we have to deal with the deportation issues.”

Later, when Larissa and Debbie walk out of the court building, they’re all smiles. Larissa tells the producer that her case was dismissed and that she felt free as a bird. But when Adam arrives, he reminds Larissa that the charges were dropped for now, but if they choose to, the district attorney’s office could file charges against her within the next year.

He tells her that it is a rare circumstance, but if charges are refiled, she should call him so he can start the process over again. Larissa is over the moon about her case getting dropped, and in confessional, she gives all the credit to Heyden, and throws some compliments in there as well. “Adam is amazing,” she says. “He’s handsome. He’s the best attorney in Nevada.”

In an Instagram post last week, Larissa took a moment to appreciate the work Heyden did for her once again. “I would recommend @dui_doctor to anybody because of how helpful supportive and professional he is,” she captioned the photo of her and Heyden from the show. “P.S. he is a very happily married family man who stands behind what he believes in.”