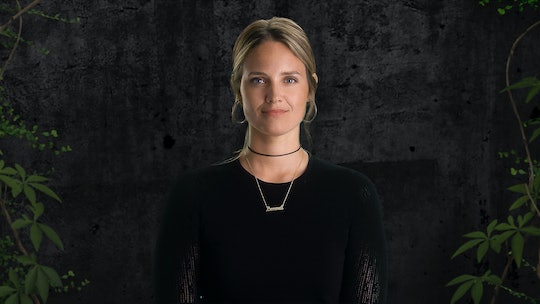 It has been almost 10 years since Lauren Stucky made her debut on The Challenge, but her legendary status continued to follow her every time she competed. Still, it has been a few years since fans saw her bring her A-game with fellow vets. When she returns for War of the Worlds 2 on Aug. 28 at 9 p.m. ET, she might be a new face for newer fans. They will understand who she is in due time, but before that happens, who is Laurel on The Challenge?

More Like This
Exclusive: Cookie Monster Puppeteer Tells Us Why Kids Will Love His New Show Donkey Hodie
Wackadoo! 'Bluey' Season 2 Is Officially Coming To Disney+
What To Stream Right Now For Kids Who Love History
Everything You Need To Know About The Rugrats Reboot

She’s as much of a Challenge veteran as players like Chris "CT" Tamburello and Johnny "Bananas" Devenanzio. The only difference is, she doesn't come back every other season to cement her place in the vet hall of fame. That’s what makes her return this season so important. Before War of the Worlds 2, Laurel competed in five other seasons. She made it to the finals in three of those and won another, so she is a force to be reckoned with this time around.

The one thing that could be her downfall, however, is her friendship with Cara Maria Sorbello. Laurel and Cara had a close friendship in past seasons, but they’re now on the outs and since both women are competing on The Challenge Season 34, things could get messy. I don't know if Laurel came back to the show to win or just to show up against her former Challenge bestie, but if it interferes with her game, it could dampen her reputation.

Other than her former friendship with Cara and being known for playing a fierce game every time she competed in a season, Laurel had a relationship with fellow War of the Worlds 2 competitor Jordan Wiseley. Because Laurel will be on this season’s US team with both Jordan and Cara, she might find herself avoiding her own teammates. Jordan, however, seems to be on good terms with her.

"Laurel's a competitor, and so am I," he recently told MTV News. "In any Challenge, you need any advantage that you can get, so it was kind of like this unspoken bond. Like, 'Hey, we have this mutual respect, so you're good, I'm good. Let's do the damn thing.'"

Laurel isn't dating anyone from the show anymore and, it seems, she is more about the low-key life away from the cameras if she can help it. Her Instagram is full of selfies and inspirational captions for her followers. She also has videos and photos of her dog, who is basically her sidekick and it’s adorable.

She also tweets often about almost anything, from TV shows and drinking champagne at 10 a.m. to proper grammar in text messages. Laurel is relatable and even if you have never competed in multiple seasons of The Challenge and became a living legend in the series like she has, it’s hard not to like her and root for her.

In a recent video posted on the official Challenge Twitter page, she said she’s single now and that although she didn't bring her A-game last time she competed on a Challenge show, she is in this to win it. I’m sure that’s the idea most returning players have when they come back on The Challenge, but it’s hard to deny Laurel’s ambition. Out of all of the seasons she has competed in so far, she made it to the finals in all but one.

Those are some serious Challenge credentials. She is up against stiff competition this season with all of the other returning players, but after taking the time to dust herself off, Laurel is back with a vengeance.