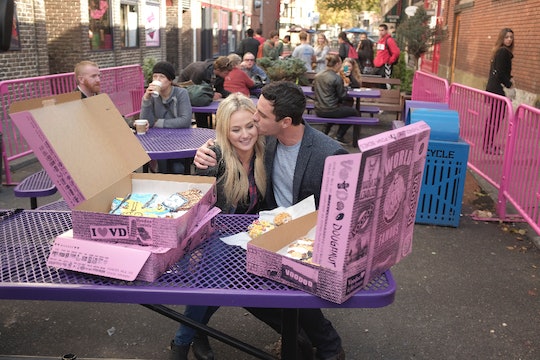 Who Is Lauren B's Dad? Ben Will Be Meeting Him On 'The Bachelor' Soon

Hometown visits are fast approaching on The Bachelor, which means Ben Higgins' relationships are about to take the ultimate test. Since the sparks are definitely flying between the bachelor and the ridiculously cute Lauren Bushnell, I have a feeling the Bushnell family meet-and-greet will be particularly important. The world has already heard Lauren B. talk about her dad a little bit, which makes Bachelor fans wonder: who is Lauren B.'s dad? Will he be the type to be casually cleaning a shotgun when Ben shows up, or will he immediately be inviting Ben out for a round of mini-golf?

As it turns out, Lauren belongs to a sprawling family of Bushnells (here's a spoiler alert for you: They are all beautiful). The flight attendant's family is Christian and based in Portland, Oregon, although she left her hometown for the sunnier skies of Los Angeles not too long ago.

Lauren's dad, David Bushnell, is 53 and has been married to Lauren's mother for over 27 years. (No pressure, Ben, but that's quite the relationship to live up to.) Lauren and Ben have discussed her dad before, and if their previous conversations are any indication, Ben should get along just fine with his possible future father-in-law. On their one-on-one date, Lauren talked about her father's love for the simple things in life, which some guys may find rather tame as a talking point on a date... but this bachelor loved it. In Ben Higgins' People blog, he wrote,

I mean, even when she was talking about how her dad loves to do yard work, I kept thinking, "So do I!" (I know, I know, but I really do!). So at that point, giving her the rose was pretty much a no-brainer. I was really just hoping that she had as great a time as I did.

Lauren has shared plenty of pictures of herself and her family online, which reveals they're a tight-knit, family-oriented crew. Ben seems to be looking for a long-term partner who is close to her family, and their religious beliefs match up well. "I would really like to find a woman with a similar faith," Ben told Parade back in December. "I think that’ll be important as we raise a family, as we move forward in life."

It looks like he might just find that in Lauren and the larger Bushnell clan. On Monday, we'll see the remaining Bachelor contestants head to their hometowns with Ben, which should give us a better idea of how they all mesh. Anyone else get a funny feeling we'll see Ben and Lauren's dad tending to the lawn together, just like one might see in a gardening ad? I'm calling it now.