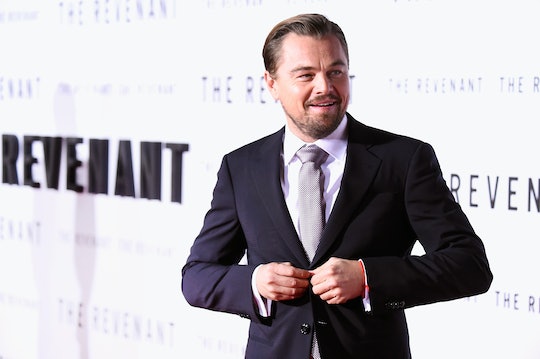 Who Is Leonardo DiCaprio Dating? She's A Model (Surprise!) & They Might Actually Be Engaged

Leonardo DiCaprio hasn’t exactly had the best luck when it comes to winning awards for his acting (he’s never won an Oscar despite multiple nominations), but with a whole new crop of nods thanks to his role in his recent film, The Revenant, we know that, at the very least, we can expect to see Leo looking dapper on the red carpet at the Golden Globe Awards on Sunday. But who is Leonardo DiCaprio dating and will she be next to him on the red carpet? According to Elle, DiCaprio is dating model Kelly Rohrbach, a 25-year-old American model and sometimes-actress who was named Sports Illustrated’s 2015 SI Swimsuit Rookie of the Year Award (yes, that is a thing), beating out both Erin Heatherton and Rose Bertram for the title.

(Update: On Jan. 4, sources told Us Weekly that DiCaprio and Rohrbach are no longer together. Said the source, “They’ve been broken up for over a month. It was mutual. They both have intense work schedules and a lot going on in their lives right now. They both needed to take a break because of that. They are still friends and talking but it’s over.”)

But Elle also reported that the under-the-radar couple might actually be heading to the altar. Elle reported back in October that DiCaprio proposed over dinner in New York. There’s been no confirmation from the pair though, so only time will tell if Rohrback will actually become Leo’s wife (he’s had long-term relationships with Gisele Bundchen and Bar Rafaeli in the past — and has also reportedly dated Blake Lively, model Toni Garrn, and the aforementioned Heatherton, according to Us Weekly, although he has never tied the knot).

So what do we need to know about Leo’s maybe-bride-to-be?