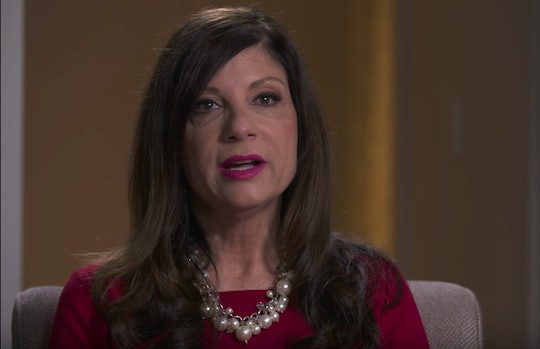 Who Is Leslie Millwee? The Former Reporter Claims Bill Clinton Assaulted Her 3 Times

October has been a month full of shocking headlines pertaining to the presidential election — and with three weeks left, the shocking claims show no sign of stopping. On Wednesday afternoon, a woman stepped forward alleging that President Bill Clinton had assaulted her in the 1980s. But who is Leslie Millwee and why is she in the headlines? For her part, Millwee claims that she was a victim of Clinton's alleged abuse on at least three separate occasions.

Breitbart News published the claims in an exclusive video interview with Millwee this week; In the video, Millwee explained her alleged history with Clinton and the encounters they reportedly had. (The video can be seen here.) According to the video, Millwee alleges that she was "sexually assaulted by Clinton" in 1980. Millwee claims that in the early '80s, she was a 19-year-old television reporter in Arkansas. Clinton was the governor of Arkansas at the time of the alleged incident. According to Breitbart, Millwee worked at the now-defunct news station KLMN-TV under the presumed name of Leslie Derrick. This is Millwee's first time ever going public with her allegations, according to Breitbart.

Although Breitbart has claimed KLMN-TV is now defunct, the company appears to have simply been sold and renamed with a new callsign, KFTA-TV. When contacted for confirmation, a spokesperson for the network told Romper that no one by either name (Leslie Derrick or Leslie Millwee) worked at the station at the time Breitbart has reported. However, Romper is reaching out to the station's parent company, Nexstar Broadcasting, which could have more detailed past employee records, and will update with a response. The Clinton Foundation did not respond to Romper's request for comment.

Millwee claims that she had interviewed Clinton about 20 different times, both inside and outside of the TV station. According to Breitbart, Millwee alleges that the three separate incidents took place "in a small, isolated editing room" at the "now-defunct TV station." Millwee had to edit her own stories in that editing room as part of her job, according to Breitbart. Millwee claims that Clinton allegedly groped her during two of these encounters and that he reportedly showed up at her Arkansas apartment after the alleged assaults, where he reportedly tried to make his way inside.

After Clinton reportedly showed up to Millwee's apartment, Millwee claims her grandmother advised her to quit her job. According to Breitbart, three of Millwee's friends reportedly confirmed that Millwee told them about the assault in the late 1990's. But Millwee did not come forward with the allegations in 1980 because "the climate was different for female sexual assault accusers" (a claim substantiated by the stories of other sexual assault victims who have accused both Clinton and current Republican nominee Donald Trump). Millwee is now a wife, mother, and works at a non-profit for cancer awareness, according to the video.

Breitbart is led by Steve Bannon, who according to Politico, took a leave of absence from the website to serve as the CEO for the Trump Campaign. On Wednesday, just hours before the last presidential debate, Trump's campaign confirmed that Millwee would be attending the debate, according to Washington Post reporter Robert Costa.

Whatever details emerge in the coming days, it's important to remember that all claims of sexual assault or abuse should be taken seriously. Millwee's claims are no exception.