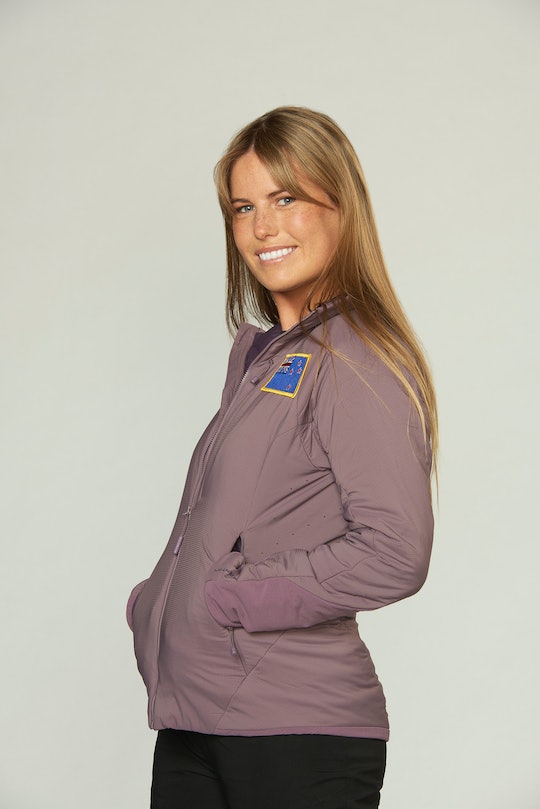 I'm not sure anyone in Bachelor Nation was clamoring for a spin-off that featured winter games, but now that it's happening I'm so stoked. There's also international contestants in the mix, like Lily McManus. So who is Lily on The Bachelor Winter Games? This Bachelor New Zealand star is one of three from New Zealand. Both she and Ally Thompson were on Season 3 of The Bachelor NZ and while neither of them won, Lily got pretty close: she was the runner-up, a feeling some other alums will definitely relate to. What is she like, though, and what will she bring to the games?

Lily is 21 years old and originally from Australia, but later moved to New Zealand. She attended the University of Cambridge and has some — as you might say — "cheeky" tattoos. According to Lily's biography, she considers herself an adrenaline junkie; her hobbies are "stuff that goes fast and that makes me feel like I might die" (seems like she'd be a good fit for current Bachelor and former race car driver Arie). She's now a snowboard instructor, but spent a year in Cambodia where she learned that she loved to travel. In terms of love, a deal breaker would be if her partner hated animals. Ultimately, she's just looking for "someone who is honest, caring, patient, with a sense of adventure."

On The Bachelor New Zealand, Lily was vying for Zac Franich, a then-28-year-old lifeguard and kayaker (does everyone from New Zealand have a sports-related career?). Unfortunately, Lily made second place while he chose Viarni Bright. When Zac dumped Lily, he said he didn't want to "cage a butterfly." She didn't take that too well. In an interview with NZ's edition of Women's Day she said, "What kind of f*cking stupid metaphor is that? I want someone who can support me, so we can grow together. What did he think he was going to do with me?" Lily also said that she and Zac couldn't be friends after the show, and that "butterfly" comment told her a lot about his personality and how he treats relationships.

It was all OK in the end though, as Zac said there was no bad blood between he and Lily. And, as is sometimes the case in Bachelor... Nation? World? Zac and the winner, Viarni, split five months after the finale. Lily went on to allegedly date another reality star, Luke Cederman from Married at First Sight. According to Lily, though, Luke was "just a mate," which makes sense if she's going on Bachelor Winter Games to find love.

Lily's fellow contestant, Ally, is also joining her for the games as well. She herself didn't get nearly as far as Lily during their Bachelor season, however; she placed ninth. Despite that, though, Ally was rooting for Lily and said so in an interview with NZ outlet Stuff: "She is who I've got my money on," Ally said. "She is so funny and confident in herself, she backs herself fully and I think he likes that."

Well, Lily didn't end up winning, but the two will be reunited on The Bachelor Winter Games. The third NZ star is the controversial Jordan Mauger, who caused a stir when he said he "flipped a coin" to choose the winner. It seems that Jordan and Lily have already spent time together in New York, and she even shared a photo of him on Instagram. "Myself and New Zealand’s most washed up bachelor are having a garage sale today from 12 till whenever we pass out," the caption read — indicating that they were on the move.

I'm excited to see how Lily and the others fare on The Bachelor Winter Games, and whether Lily and Jordan may end up in a romance of their own.