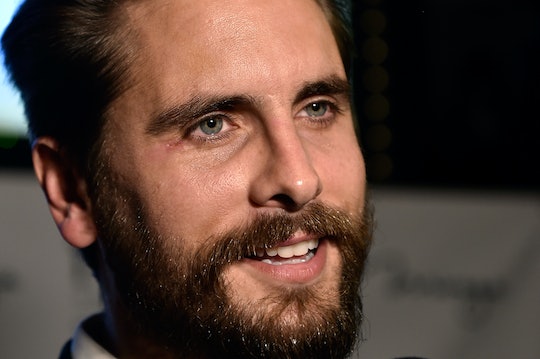 Who Is Lina Sandberg? Scott Disick Is Reportedly Dating The Swedish Model

News broke today that Keeping Up With The Kardashians star Scott Disick is dating Swedish model Lina Sandberg. A source confirmed the relationship to Us Weekly, though it appears to be at its very early stages. But who is Lina Sandberg? In addition to being a model, Sandberg has reportedly worked in many countries and appeared in music videos, according to Hollywood Life.

The news means that Disick, who's 32, might be moving on after his nine-year relationship with television personality Kourtney Kardashian ended. Disick and Kardashian had three children together, according to Us Weekly: Mason, 5; Penelope, 3; and Reign, 1. News of his new relationship with Sandberg was also confirmed today by People. "They've been spending time together recently," a source told the magazine. The source at Us Weekly also described the relationship in a casual way: "He's seen her a few times in L.A. and thinks she's really hot. He's definitely interested and seeing where it goes."

Not much is known about Sandberg, other than that she's a Swedish model based in Los Angeles and working with Wilhelmina International, a talent management agency with offices in New York, LA, Miami, and London. She also has a dog and looks killer in a Santa hat, as evidenced on Instagram:

Everyone seems to be rooting for Disick after his recent meltdown on Keeping Up With The Kardashians. Disick reportedly broke down in tears. He later apologized to the entire Kardashian clan for his antics and confessed that "If I didn't have those kids, I would kill myself," according to Perez Hilton. Though the relationship ended and Disick had a tough time with the breakup, the Daily Mail reported that Disick and Kardashian are on friendly terms.

Disick also told Us Weekly in October that he had entered rehab for drug and alcohol addiction, so the new relationship is hopefully a sign that things are turning around for him.