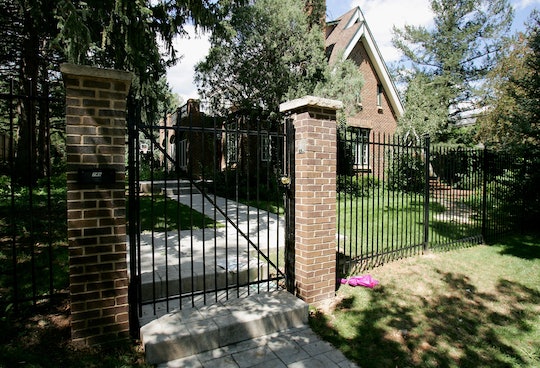 Who Is Linda Arndt? She Was The First Detective At The JonBenet Ramsey Murder Scene

The day after Christmas — Dec. 26, 1996 — JonBenét Ramsey was found murdered in the basement of her family’s Colorado home. Linda Arndt was the first detective on the scene, and while the case remains unsolved and no one has been convicted in this case, the Boulder police officer has said in the past that she has no questions about who is guilty. She was reportedly the only detective at the Ramsey’s house for much of the day and has been widely criticized in the press for botching the investigation.

"I know who killed JonBenét, there’s no doubt in my mind who killed JonBenét," Arndt said in an interview with ABC News in 1999. "While this investigation is still ongoing, I don’t think it’s appropriate I say that name out loud." It was clear that Arndt meant JonBenéts parents.

Romper reached out to the Ramseys for comment on that never-proven allegation still circulating and likely to be reignited by the number of TV specials airing this fall as the 20th anniversary of JonBenéts death approaches. The family's attorney, Lin Wood, emailed the following statement:

According to The Denver Post, Arndt arrived at the crime scene just after 8 a.m. after receiving a call from her sergeant. "He said there's been a kidnapping, it involves a 6-year-old girl, and there's a two and half page ransom note," she said in the 1999 ABC News interview, explaining that she was to sent to the Ramsey home to monitor a phone call from the author of the ransom note. The call was expected to come between 8 and 10 a.m.

After arriving to the crime scene, Arndt met the missing child's father, John Ramsey, for the first time, whose initial demeanor she described in the ABC News interview as "cordial."

From the time she arrived until 10 a.m. — the deadline enforced by the ransom note's author for a telephone call — Arndt claimed she sat with the Ramsey family and their friends and made mental observations. She noted that John and Patsy Ramsey remained apart in separate rooms for most of the morning and John had taken a moment to read his mail.

"Ten o'clock comes and goes and there's no acknowledgement in the house from anyone that the deadline imposed by the author of the ransom note has come and gone," Arndt said in the same ABC News interview.

By 10:30 a.m., she was still the only officer in the Ramsey home and allegedly called for backup repeatedly, but none arrived.

Arndt told the interviewer she had been feeling a tremendous amount of pressure as time continued to pass and no news had surfaced about the missing child's whereabouts.

At 1:01 p.m., in an attempt to break the mounting tension in the house, Arndt said, she instructed John Ramsey and his friend Fleet White to search the house again and look for anything suspicious, even though it had already been gone through by officers earlier in the morning. According to ABC News, Arndt said she told them not to touch anything and they then headed for the basement. Soon after, there were screams from the basement for an ambulance.

"I see John Ramsey carrying JonBenét up the last three steps from the basement, and my mind exploded," Arndt told ABC News. "And everything I that I had noted that morning, that stuck out, instantly made sense."

She continued, "JonBenét was clearly dead, and she's been dead for awhile. I ordered him to put JonBenét down, I knelt next to her and I leaned down to her face, and John leaned down opposite me and his was just inches from mine and we had a non-verbal exchange that I'll never forget."

Arndt said in the interview that she instructed John to call 911, and she tucked her gun closely to her and consciously counted the 18 bullets in it.

The interviewer asked Arndt, "You were afraid because you thought the killer was still be in the house?"

The Ramseys were never charged in their daughter's case and, as their attorney mentioned, were officially exonerated.

After JonBenét's body was discovered, it was moved into the living room, where John asked if he could put a throw blanket over her body. Arndt was later criticized for botching the crime scene, the Daily Mail reported, firstly for instructing John to search and the house and secondly for allegedly allowing him to place a blanket over her body, contaminating the evidence.

Legal experts, media commentators, detectives, including Arndt, all have suggested various suspects and theories about the case. After the CBS docuseries The Case Of: JonBenét Ramsey airs on Sept. 18 (along with three other fall television shows focusing on the 6-year-old's murder) more comments and theories, both old and new, about one of America’s most mysterious unsolved cases are likely to dominate headlines yet again.