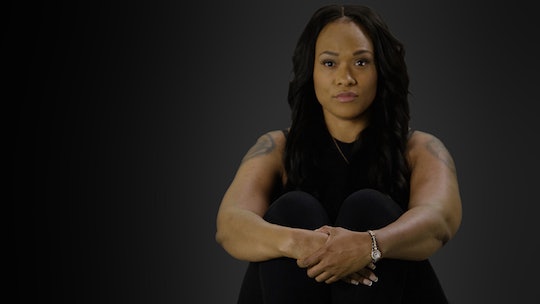 Back in January, Lifetime aired Surviving R. Kelly, a six-part documentary detailing the sexual abuse allegations against R&B singer R. Kelly. Many survivors spoke out in the doc, including businesswoman Lisa VanAllen. For those wondering who is Lisa VanAllen, the survivor also shared her story with Jada Pinkett Smith in a special titled, Red Table Talk: Surviving R. Kelly.

VanAllen met R. Kelly in 1998 when she was 17 and he was 31, according to the Daily Beast. The two allegedly started a sexual relationship that same day, after she says R. Kelly invited her into his set trailer.

"He sent his cousin over to me. This guy told me his cousin wanted to talk to me. I asked him who his cousin was, and he said, “R. Kelly,” VanAllen recalled to Essence. "I said, 'Okay,' and he arranged for me to be taken back to his trailer. In between the scenes, he came back to the trailer and talked to me. I was very flattered. Out of all the girls at the video shoot, he picked me out of everybody to talk to. We ended up having intercourse."

According to VanAllen's account, things progressed quickly from there. Not only did she move to Chicago to be with R.Kelly full-time, but the frequency and intensity of their sexual encounters allegedly increased.

But later, VanAllen learned that the girl in question was apparently 14 at the time, and she described feeling "shocked" and "betrayed."

VanAllen later testified against R. Kelly in 2008 when he was "acquitted of 14 counts of child pornography" relating to the alleged sex tape according to The Hollywood Reporter.

R. Kelly did not immediately respond to Romper’s request for comment.

Although R. Kelly was acquitted, VanAllen didn't end her fight to draw attention to the singer's alleged abuse against herself and others. VanAllen has spoken out against R. Kelly throughout the years, including her appearances on Surviving R. Kelly and Red Table Talk: Surviving R. Kelly.

VanAllen, who grew up in foster care up until age six, talked to Pinkett Smith about many issues during the Jan. 14 episode, especially concerning the 2008 trial and how it affected her life.

"There was a me before #MeToo. In 2008 there weren’t any movements, nobody else was talking about it," she told Pinkett Smith, according to Entertainment Tonight.

She added: "I came out hoping that I could help the victims and the girl on the tape because I knew her family wasn't going to speak. So I felt like, somebody has to stand up. They threatened my life. There was a lot I was dealing with. I was pregnant. You can’t let that stuff stop you. You can’t be afraid.""

Pinkett Smith, who watched Surviving R. Kelly with her daughter, Willow Smith, commended VanAllen for her bravery during the emotional segment.

"I'm so happy that you guys could be brave enough to do it this way and that Lifetime was brave enough, because you guys deserve it," she said. "I am just so sorry you didn't get it sooner."

In addition to speaking with Pinkett Smith, VanAllen wrote a forthcoming book about her story, titled, Surviving the Pied Piper of R&B as well as a recently published op-ed in the New York Times.

As for her day-to-day life, she is the mom to a 16-year-old daughter named Akeyla, and she provides craft service to movie productions in the New Mexico area.