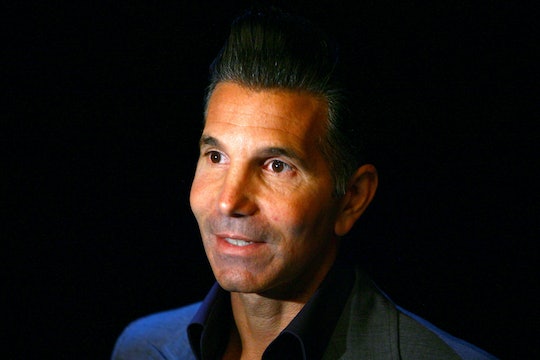 Lori Loughlin may be a household name due to her role as Aunt Becky on Full House, but back home behind the scenes her husband is pretty well known, too. In fact, there is a really good chance that you or someone you know has at the very least browsed through his clothing line at your local big-box store that is usually represented by a big red bullseye. So, who is Lori Loughlin's husband, you ask? His name is Mossimo Giannulli, and he is the fashion designer behind — you guessed it — the Mossimo fashion brand.

Unfortunately for Giannulli and Loughlin, they are no longer making headlines for their hard work. On Tuesday, March 12, both Giannulli and Loughlin were charged for allegedly bribing insiders at college testing centers and college coaches, USA Today reported. To make matters worse, they are not alone — actress Felicity Huffman has also been charged in the scandal, though according to a Vulture report, her husband, William H. Macy, hasn't been named.

Before being named in the now infamous college cheating scandal, Giannulli and Loughlin met in a restaurant in 1995, according to The Hollywood Reporter. The report claims that the pair dated for two years before deciding to elope on Thanksgiving Day in 1997. They have two college-aged daughters together, Olivia Jade Giannulli and Isabella Rose Giannulli, both of whom are currently enrolled at the University of Southern California. Prior to his relationship with Loughlin, Giannulli had a son, Gianni Gene Giannulli, from a previous marriage.

Giannulli's entrance into the world of fashion began in the mid-80s, after he borrowed $100k from his father and, ironically, dropped out of USC, reports THR. The line, which was originally only for men, was meant to "celebrate beach culture," and eventually Giannulli set up shop inside a garage in Newport Beach to get the brand off the ground. By the mid-90s, the brand reportedly built up a cult following, which allowed Giannulli to expand by adding a women's line. In 1996 Mossimo went public on the New York Stock Exchange, as the THR report states, turning Giannulli's $100k startup into a $275 million fashion brand.

Though the Mossimo brand still exists, Giannulli sold it to Iconix Brand Group in 2006, the LA Times reported. As previously mentioned, Mossimo became well known as a Target brand, but in 2017 the massive retailer dropped the clothing brand after 17 years, according to the Today Show.

Fans of the brand, which has been around for well over two decades now, were pretty upset to hear about the allegations against Giannulli.

As of the date this article was published, Giannulli does not appear to be active on any social media accounts. Though if he was, it is likely he would have deleted them after the news about the alleged college cheating scam broke, just like his wife, Loughlin, did to her own accounts.

Though Loughlin was not arrested, she was scheduled to appear in court on Wednesday, March 13. Giannulli was reportedly arrested on Tuesday and appeared in court the same day, as per Deadline.