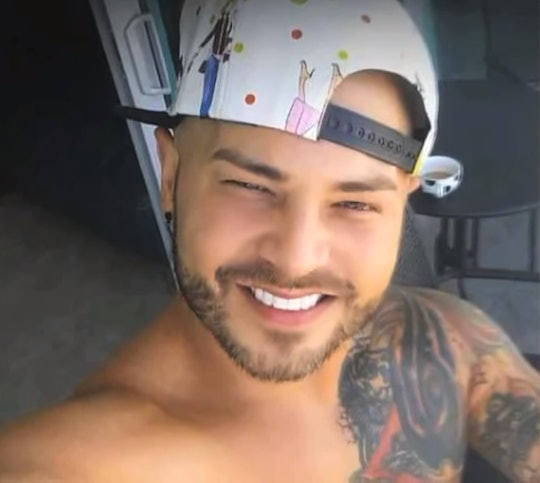 Who Is Luis Daniel Conde? The Puerto Rican Business Owner Died With His Partner

Sunday's massacre at Pulse, an Orlando gay club, hit many communities hard: the local community, the LGBT community, but also the Latino community. Saturday was Latin night at the club, and according to The Philadelphia Inquirer, nearly all of the victims were Latino. One such victim was Luis Daniel Conde, 39, originally of San Lorenzo, Puerto Rico. Conde moved to Florida with his longtime partner, Juan Pablo Rivera Velasquez, who he met when the two attended Jose Campeche High School together. Rivera Velasquez was with Conde at Pulse to celebrate a friend's birthday, according to The Daily Beast, and also died in the shooting.

Conde and Rivera Velasquez owned and operated the Alta Peluqueria D'Magazine Salon in Kissimmee, Florida, together, according to the Orlando Sentinel, with Rivera Velasquez styling hair and Conde doing makeup and managing the business. The salon's Facebook page is filled with glowing reviews and impressive before and after pictures of clients. D'Magazine specialized in makeovers and also offered makeup classes. More than one customer wrote that they regularly travel over an hour to D'Magazine. Now, however, the business remains closed, as the sidewalk outside fills up with flowers, notes, candles, and balloons from customers, community members, and friends.

Conde's friend Tania Mercador told a reporter from the Sentinel that she had planned to join Conde and Rivera Velasquez at Pulse, but thankfully, technical difficulties kept her out of harm's way: "I used GPS and got lost," she said. "It kept sending me to the wrong address. They sent messages, 'Are you coming, are you coming?' but I never got there." Another friend, Jocelyn De Leon, said that she knew the couple since high school, then reconnected with them in Kissimmee and became a regular customer. "I know everyone else is hurting too," she told the paper. "The entire world. These two people were wonderful, wonderful people. To me, they're not gone. They're still here with us."

Laura Buitrago, a volunteer at a LGBT counseling center in Orlando, told The Inquirer that many LGBT Latinos move to Florida to escape a culture that's unwelcoming: "So many Hispanics and Puerto Ricans come here so they can be more expressive — so they can show their love without judgment and guilt, and without being scared." Florida LGBT advocate Gabriel Garcia-Vera said that Latin night at Pulse was supposed to be "[A] sanctuary where you can be authentically who you are in your sexual orientation, but also a space where, even if for just one night a week, you can speak your native tongue." Sadly, on Sunday, it was anything but that.