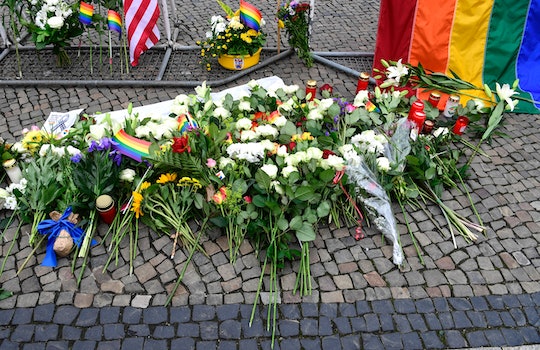 Who Is Luis Daniel Wilson-Leon? The Orlando Shooting Victim Was A 'Good Friend'

Sunday's shooting at Pulse, an Orlando, Florida nightclub, has affected most of America. But while politicians and officials talk about the motive of the shooter and other issues take center stage, it's more important to remember who the victims are. Luis Daniel Wilson-Leon was one of the 49 fatalities from the Pulse club massacre, and like so many of the other victims of the massacre, he was just another normal human being trying to have a fun Saturday night out.

Wilson-Leon was 37 years old and from Puerto Rico. He was just a good friend, Daniel Gmys-Casiano, told The Orlando Sentinel. He was a private guy that everyone felt they could talk to, especially about coming out. In fact, according to Gmys-Casiano, he was the kind friend a guy could come out to, without even knowing if Wilson-Leon was gay himself. Gmys-Casiano said, "I had this feeling that, because he was different, I kind of felt that I could trust him with the information." He added that when he came out to Wilson-Leon, he "sat down and said, 'I need to talk.' And he said, 'Okay.' And I couldn't help it and I started crying.''

Gyms-Casiano and Wilson-Leon had been friends for over twenty years. Gyms-Casiano said that Wilson-Leon had always been bullied as a kid, and throughout his life. According to witnesses, he was at Pulse on Saturday with another friend, Juan Carlos Mendez Perez, who was killed in the attack. Gyms-Casiano wrote on Facebook that he would always remember Luis as the guy who had his back:

His strength and character was always an inspiration to all of us. We were both members of the same church and we both reveled against it, and against the spiritual tyrants that kept condemning us for giving what the world needs the most: love.

Like all of the other victims at Pulse early Sunday morning, Wilson-Leon was just another good guy looking to enjoy his friends before he was murdered. In the wake of the attack, many of the victims' stories and lives have been made public, as they should be. That Wilson-Leon was a hero to his family and friends, and can be remembered as such, is something everyone reading the news about the Orlando attack should take to heart.