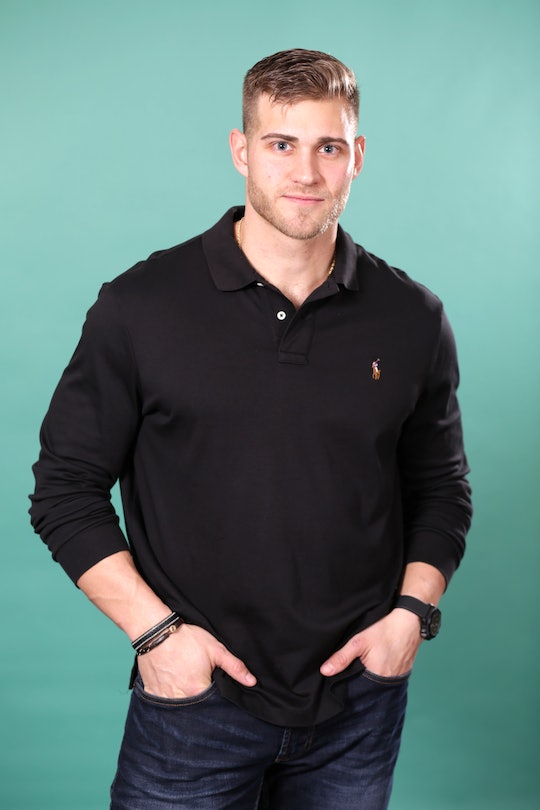 If Hannah Wants "Forever Love," Luke P. On 'The Bachelorette' Might Be It

Season 15 of The Bachelorette is finally here and for all of you Hannah fans, it's your time to shout "roll tide" until your lungs give out. With a new season comes a new group of lovesick men looking for a final rose and proposal at the end (allegedly). Out of all the dudes vying for the former Miss Alabama USA's heart, you're probably wondering who some of them are — like who is Luke P. on The Bachelorette?

According to his official ABC bio, Luke P. is a Gainsville, Georgia boy, and he's already met his (possible) soon-to-be wifey. That's right — on The Bachelor: After the Final Rose, Luke P. was among the five lucky dudes who got a head start in the love competition and the two had some palpable chemistry. His bio claimed he had a "religious awakening" in college, which led him to only dating with the goal of marriage. This could be a total win for Luke P., or total fail on a show that tosses hearts around like confetti. This sensitive soul wants "for better or for worse" and on the surface, he certainly seems to be all Hannah would want in a life partner.

After some light cyber stalking, it appears as though Luke P.'s Instagram is private. His bio reads "Jesus + Nothing = Everything || Philippians 4:13," proving he takes that awakening thing very seriously. If Hannah feels the same, this could be a Bachelor Nation power couple in the making. As far as a career, LinkedIn indicates Luke P. has a Bachelor of Communications and Sports Management, was a varsity baseball player, is a volunteer for Ponte Vedra Presbyterian, and is now a part-time Cross Fit instructor. He's a busy guy, but I'm positive there's room in his life for "Hannah Beast."

Ya'll know what Hannah already been through — from the whole Caelynn pageantry "feud" while competing for Colton's heart, to confessing to the former NFL player she loved him just after she met his parents and before he sent her home. Yeah, that one hurt. But Hannah has been nothing but graceful through all those ups and downs. Not only does she own the awkward, "hot mess," parts of herself, she knows what she wants and won't stop until she finds it. The girl is perseverance at its finest, and these men don't know what's coming for them.

In the ABC promo, Hannah's "beastly" side emerges when there's apparent drama among the men. Good thing two of her friends and fellow Bachelor contestants — Demi Burnett and Katie Morton — have been contracted to do van surveillance while Hannah does the introductions. "Hannah's Angels" will bring comedic relief, if nothing else, but what will they say about Luke P.? With these two there's really no telling.

Luke P. seems like he's in it to win it — and that's exactly what Hannah is looking for this season. Maybe ABC should skip to the end and let her hand him the final rose to save everyone else from going though the heartbreak. Or, maybe I'll just wait and see what Hannah's Angels have to say about him and reassess from there. I'm counting on you, girls.