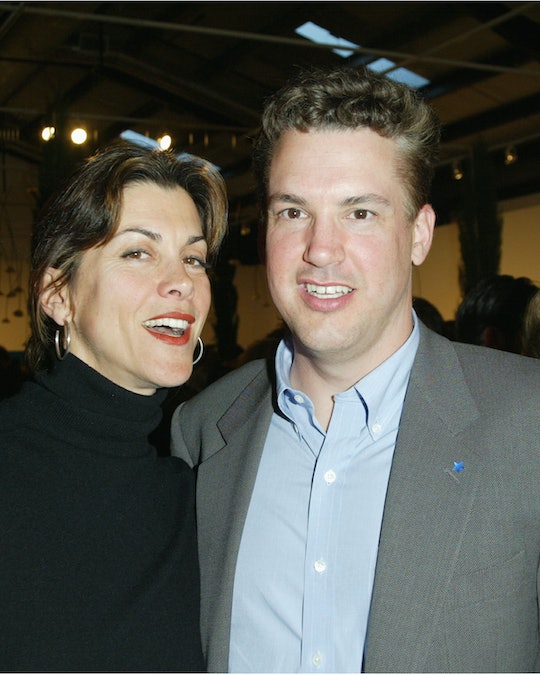 At the end of the tenth episode of Fuller House Season 3, a photo dedication appeared of a man with a caption that read: "In loving memory of Marsh McCall." So who is Marsh McCall? He was a co-executive producer and writer for the series. McCall died suddenly in May of natural causes; he was only 52 years old. Prior to working on Fuller House, McCall had a long career in comedy writing.

A former humor columnist for the Peninsula Times Tribune in San Francisco, McCall first got his start writing for Late Night with Conan O'Brien, when the show first began in the '90s. McCall worked amongst other comedic greats like Robert Smigel, Bob Odenkirk, and others while sharing an office with Andy Richter. McCall was one of the first six writers hired for the show.

Following that, McCall moved to Los Angeles and worked on Just Shoot Me!, a NBC workplace comedy that starred Laura San Giacomo, George Segal, Wendie Malick, and David Spade. He executive produced 97 episodes and wrote 11 of them. He then went on to write and produce episodes for a number of other TV series, including Jennifer Falls, Men at Work, Ruby & the Rockits, and Last Man Standing.

McCall also co-created the 2003 CBS series My Big Fat Greek Life, based on the movie My Big Fat Greek Wedding, with Nia Vardalos, who wrote and starred in the film. Additionally, he created the NBC show Twenty Good Years with Michael Leeson and John Lithgow in 2006, but the show only lasted a month.

At the time of McCall's passing, Fuller House creator Jeff Franklin issued a statement from himself and the "Fuller House family," according to The Hollywood Reporter. The statement said:

[McCall] was our brightest shining star, always smiling and always there with the perfect joke," they said. "Beyond his immense talent, he was the happiest comedy writer we've seen, and his love of life was contagious. We will miss him dearly, and our hearts go out to his beautiful family and a universe of friends who adored him.

Fuller House writer Craig Shoemaker took to Facebook at the time, and called McCall "a man of balance, integrity, intelligence and grace, showing this newcomer to a writers room how it's done the right way." He continued:

Marsh treats others with respect and kindness, while remaining passionate and focused on the work. He's a guide without the title, simply being genuine, engaging and funny, while still banging out the work to be done. Marsh is one authentic, generous spirit, and now his spirit has passed on. In a state of shock right now, the day suddenly halted by profound sadness from this horrible news.

Many other celebs took to social media to express their sadness over McCall's death, including Lithgow, Fred Savage, Wendie Malick, and many others. O'Brien also remembered McCall on his show and shared a picture of McCall from the very first day O'Brien went on television.

It's clear McCall touched a lot of people's lives, not just through his work as a writer, but just by being an truly amazing person. He will be missed, but definitely not forgotten. McCall is survived by his wife, Jasa, and his daughter, Stella.

If you haven't already seen the sweet dedication, you can see it now. The tenth episode of Fuller House Season 3, as well as the rest of the back half of the season, is currently streaming on Netflix.