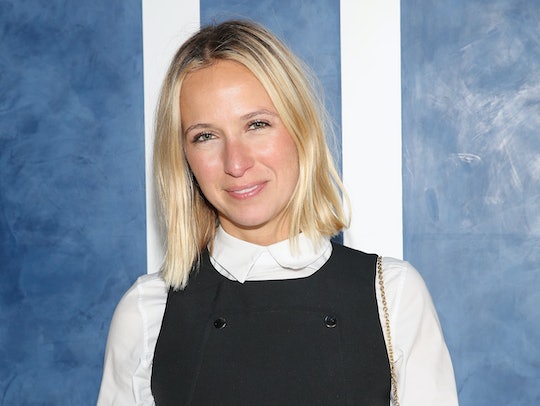 She's a famous fashion designer whose name is frequently associated with the Duchess of Sussex, but there are still some people out there who might not know who Misha Nonoo is. The answer? She's the mutual friend who reportedly set Meghan Markle and Prince Harry up, so it's not too surprising the royal couple decided to attend her nuptials in Rome over the weekend. And the glitzy event has sparked a renewed interest in Nonoo's background, with people wondering how far back her ties to the couple run.

Nonoo married American entrepreneur, Michael Hess, in the presence of such friends as Orlando Bloom and Katy Perry, Ivanka Trump and Jared Kushner, and Karlie Kloss on Friday, according to People. But the arguably most talked about attendees were Markle and Prince Harry, who flew into Rome for the celebration, just days before their royal tour to Africa is set to kick off.

Of course, it's fair to wonder why the royal couple went to the nuptials given their busy schedule, and their attendance seems to suggest they're quite close to the designer. Interestingly enough, Nonoo reportedly set up Prince Harry and Markle on that infamous blind date, according to Us Weekly. This detail, however, has never been confirmed.

Now that you're all caught up on the fancy wedding, here's a little background about Nonoo. The fashion designer was born in Bahrain but grew up in London according to People, and seems to know much of the royal family, with the magazine noting Princess Eugenie and Princess Beatrice were other royal guests at the designer's fabulous nuptials at a private, 17th-century villa in Rome.

Nonoo was born to an Iraqi-Jewish father and English mother and, after a childhood in England, currently headquarters her ready-to-wear line of sustainable basics out of New York City, according to The New York Times. Nonoo's "Smart Set Shirt," a fitted version of a classic woman's button-up, was included in Markle's first design collection benefiting the charity Smart Works, which helps U.K. women in need get back into the workforce.

This duo is clearly pretty tight then, with Nonoo reportedly attending Markle's baby shower in New York, and she was a guest at Markle's wedding to Prince Harry at Windsor Castle with now-husband Hess, according to People. So yeah, Nonoo friendship with Markle isn't a new one, with the two women having vacationed together over the years to such locales as Spain, according to People.

(Side note: I also noticed Jessica Mulroney, Markle's best friend, commenting on Nonoo's social media, so that was a fun catch. Wonder if Markle's other friends, like Serena Williams, also know the designer?)

As for what bonds Markle and Nonoo together, it appears the two share a deep bond over feminist causes, as Nonoo noted in a quote about Markle's involvement with Smart Works.

"When the Duchess of Sussex came to me and said 'this is what I’m doing, I’m royal patron now.' I’d already heard of Smart Works and was a big fan of the work they did," she said, according to Hello! magazine.

She continued, "It aligned so closely with my values of empowering women....I was asked specially to do the white shirt because that’s our signature. It was actually a very, very easy process. The Duchess is a consummate professional."

Interestingly, however, Nonoo has not been forthcoming regarding whether she played royal matchmaker for Prince Harry and Markle.

You'd think that wouldn't need to be top secret at this point, now that Markle and Harry are happily married with a kid. But either way, it's nice to see two high-profile figures being supportive of one other, and with a common mission to do good for other women.

That all being said, congrats to Nonoo on her nuptials! It sounds like the wedding was beautiful, and it's nice to see the Duke and Duchess of Sussex got to attend.