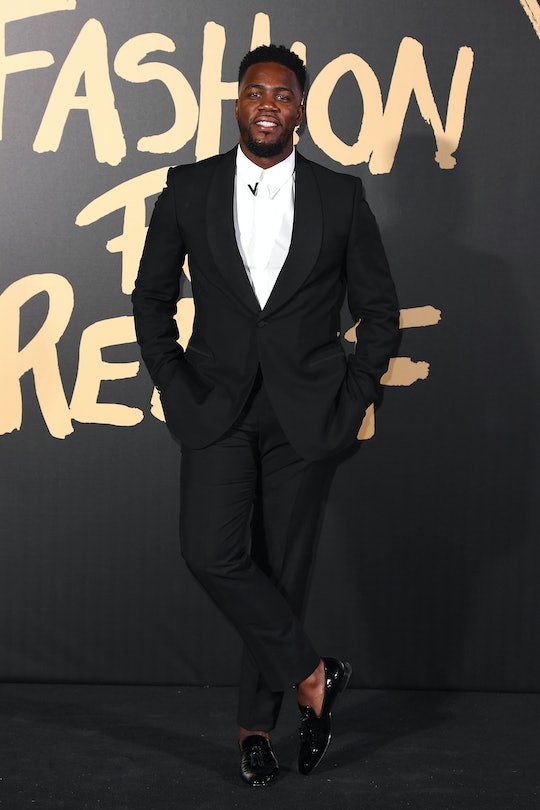 In the Netflix comedy special Momentum, British comedian Mo Gilligan lets you in on his life, particularly his childhood spent growing up in London. After watching it, you may feel like you have a good sense of who Mo Gilligan is, but he's still relatively unknown to U.S. audiences despite his success on the other side of the pond. He opened up for Netflix, but there's always more to learn.

Gilligan grew up in Camberwell in South London and attended a performing arts school in Pimlico. "The school I went to is known as a special music school and it was a really good school for acting too," Gilligan told The Voice. He'd initially wanted to be a professional football (read: soccer, for those of us in the States) player but realized most footballers had already landed major deals by the time they were in their teens. A teacher suggested acting as an alternative, so Gilligan turned to drama.

But comedy soon became his calling. He was inspired by the HBO comedy series Def Comedy Jam, which first made him realize he could maybe perform himself one day. When he was 19, a friend who ran a comedy night asked if he wanted to do a set, and when that went well, Gilligan was off on his new path.

But it took a while for Gilligan to achieve more mainstream success. Though he landed gigs steadily for years, he still had to supplement his income by working in retail. He had a job at Levi's in Covent Garden, according to The Guardian. It was at that time that he started posting short, funny videos to Snapchat, Instagram, and Facebook. The videos took off slowly but surely — especially after Drake quoted some of Gilligan's material — and soon his profile had risen exponentially. In his interview with The Guardian, Gilligan said, "I had no idea what would happen with [the videos]. I just put up some silly films and hoped people would like them. And then it was like, 'oh my gosh — this is really happening!'"

Gilligan became so well known that customers recognized him when they came into Levi's. His standup shows started selling out and he was able to go on a U.K. tour, leaving retail behind to focus entirely on comedy. In June 2018, he became the co-host of The Big Narstie Show on Channel 4, alongside rapper Big Narstie. Then a year later in July 2019, Gilligan landed his own show on Channel 4, The Lateish Show with Mo Gilligan. It featured games, music, and celebrity interviews, inspired partially by TFI Friday, which Gilligan loved. He told The Guardian that he wanted Lateish to be like that show, but for the modern era: the kind of show you wanted to attend, but could also tweet about.

Momentum may introduce Gilligan's comedy to a whole new audience. And if it proves popular, it might not be the last time he lands an international comedy special. You might be seeing more of Gilligan in the years to come.

Momentum is currently available on Netflix.