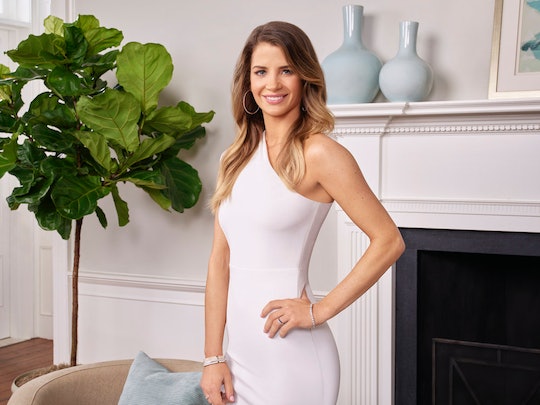 Naomie Has A New Boyfriend On 'Southern Charm'

Naomie Olindo's relationship with Craig Conover was well-documented on Southern Charm up until the day it came to an end. Now Naomie has moved on and found happiness with someone new. She introduced her new guy to viewers in the Season 6 premiere. But if you'd like to know more about the man in her life, you might be wondering: who is Naomie's boyfriend Metul on Southern Charm?

According to People, Metul Shah is a 28-year-old anesthesiologist and Charleston resident whom Naomie has been dating for about a year. They met at an event and had an immediate connection; on Southern Charm, Naomie said that he "came along when I least expected somebody to," but it was "like the greatest thing that ever happened." Metul moved to Charleston in 2017 for his anesthesiology residency (he had graduated med school at Virginia Commonwealth University), so it seems like he met Naomie not long after.

Naomie proclaimed that happiness on Southern Charm, too. She praised Metul as "one of the smartest people I know," before listing all his virtues: he's nice, hot, cool, fun, and he has abs! (I think that's counting "hot" twice, Naomie.) She joked that it was "wild" that he liked her back. A sense of humor appears to be something they have in common, because they're always poking fun at each other on social media.

When they're not enjoying some hijinks, Naomie and Metul are traveling the world together, from Bali to Auberge du Soleil. And the sarcasm gives way to genuine sentiment from time to time, too. In December 2018, Naomie thanked Metul for the greatest year of her life. It looks like this couple might be sticking around for a while, especially since Naomie feels like Metul has been a positive influence on her.

In an interview with Decider, Naomie credited Metul with helping her to see that she didn't need to go out all the time and that other people shouldn't be pressuring her to. "I definitely go out less and am home a lot more but I'm so much happier that way," she said.

However, fans might not be seeing much more of Metul in Season 6 of Southern Charm. Naomie told Decider that he agreed to be on the show for her, but that he initially wanted nothing to do with it. His appearances might be limited, but he and Naomie seem to be doing perfectly fine whether the cameras are there or not.