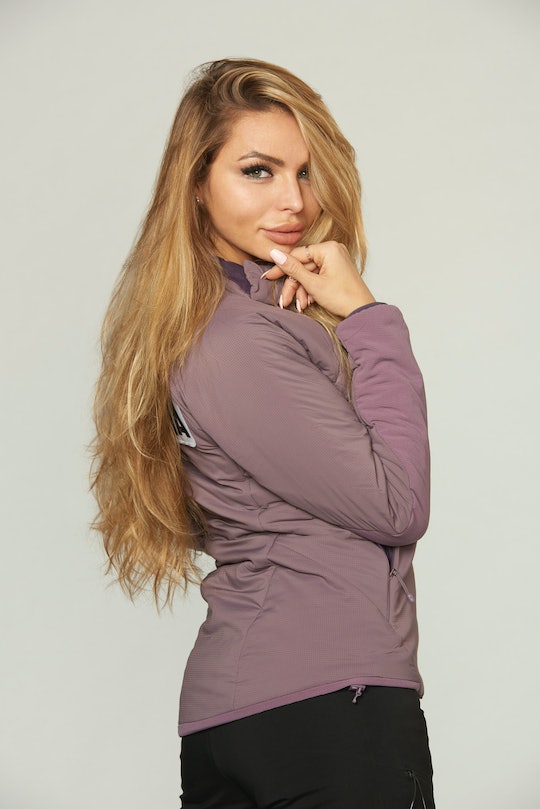 Nastassia From 'The Bachelor Sweden' Is Ready For Her Close Up

Are you as excited for The Bachelor: Winter Games as I am? The spinoff show is going to be bringing back some of my absolute favorite Bachelor alums, including Ashley Ioconetti (always a good time), Ben Higgins (a former lead), and Eric Bigger (my dark horse candidate for future Bachelor). But this time the show will also incorporate ex-Bachelor contestants from international editions, including one intriguing lady from Sweden. So who is Nastassia on The Bachelor: Winter Games? I can tell you one thing: this woman is not at all camera shy, which bodes extremely well for her future on the show.

Unfortunately, it is proving harder than expected to learn much about The Bachelor Sweden, not insignificantly because I do not speak Swedish. I did manage to find a couple of clips from this Bachelor star's time on the Swedish version of the show (she took part in Season 3), but because of the language barrier I have literally no idea what she's saying. All I can say is that from her reaction to the show's star in this clip, he probably said something that she did not like. If anyone speaks Swedish who would like to translate, that would be great.

From a Google translation I got off of the show's official website, I'm beginning to think maybe Nastassia wasn't a huge fan of her season's Bachelor at all? The descriptor of another clip claims that she's unhappy about a birthday invitation. Now I'm really curious. Hopefully on the show she'll explain a little bit about how things went down with Bachelor Niclas, because consider my attention officially piqued. Please Nastassia, tell us what happened. And maybe one of our American Bachelors can help you get through this? Might I suggest Luke Pell? He's the nicest one I can think of right now.

Since I'm not getting much information from the Swedish Bachelor news, let's take a look at Nastassia's social media. Her Instagram bio states: "Top model of the world," "Miss Europé," "Miss Multiverse," "Miss World sport," "Supermodell (sic) of the world," and "Miss Europe world." Girl, modesty is overrated anyway. In any case, all of these appear to be beauty pageants, modeling competitions, and reality shows that Nastassia has taken part in. So clearly she knows her way around both a camera and a competition. This is a great sign for drama to come in the show.

As for what else there is to learn about Nastassia? Well her Instagram certainly proves that she's very committed to modeling. Most of her posts are extremely glamorous shots of her with flowers, in lingerie, on horses, and pouting seductively at the camera. Say what you want but this is one woman who knows exactly what she wants out of life. And I respect that. As for what she's looking for in a romantic partner? Well that's a little more difficult to figure out from her Instagram posts alone.

It is an unfortunate truth that modeling photos, while quite beautiful, don't say much about a person internally. For example, Nastassia includes some great photos from a bridal shoot, but she's clearly not married. Or if she is, then she has some explaining to do. In any case, something about this woman makes me think that she's going to be great fun on the show. After all, look at how seriously she's taking that official photo. Most contestants just smile straight on at the camera. Not Nastassia, this lady goes full on with a coquettish look over the shoulder. Queen.