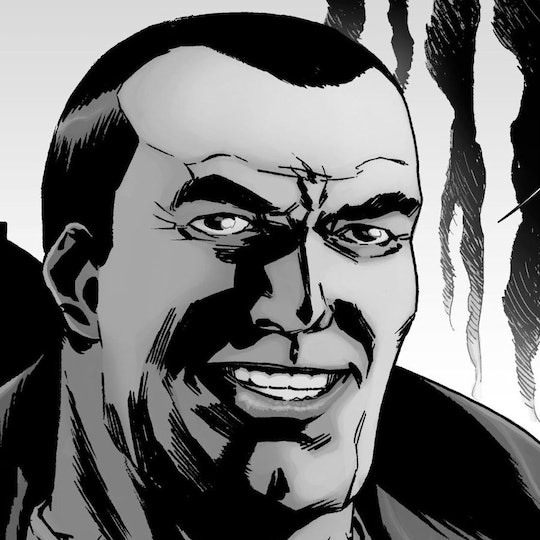 Who Is Negan On 'The Walking Dead'? 5 Things To Know About The Show's Newest Character

After two months of heartache and anxiety, The Walking Dead's mid-season finale left viewers with. . . well. . . more heartache and anxiety. And the biggest question on fans' minds is not whether Glenn and Maggie will reunite or if Rick's gore-covered crew will make it to the armory. Rather, people are wondering who is Negan and what will this new character bring to the AMC series.

If you turned off your TV as soon as the screen went black, you may actually be wondering why people are asking about this non-existent character. But those who waited through the first five minutes of AMC's Into the Badlands were gifted with a two-minute promo for The Walking Dead's February 14 mid-season premier.