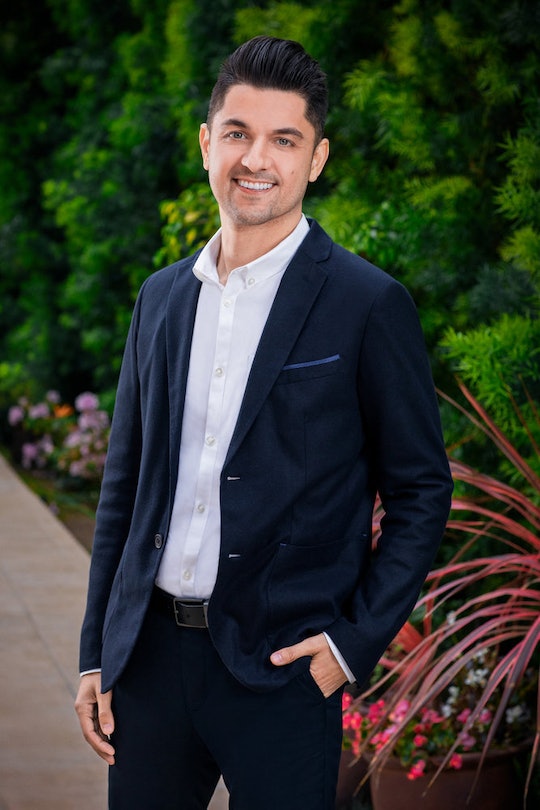 Bravo's Shahs of Sunset returns on Thursday for a seventh season and while Destiney Rose got promoted from "friend" to "main" cast member, Nema Vand is the show's sole newcomer this season. So fans are probably wondering: who is Nema Vand on Shahs of Sunset?

His Instagram bio describes him as a "Digital Media Guy," "Rosé Aficionado," and "Andy Cohen's Future BFF," and he's definitely a branding expert. He showed up to a Shahs Big Bear trip with four bottles of rosé in tow and a hands-free wine glass lanyard so he could carry a glass around his neck at all times. (TBD if he actually skied wearing it.) A little more digging also reveals that Nema has a dog named Jax and spends a ton of time on film shoots. He has two sisters: Mona, who is also a cast member on the show, and Sarahbeth, who doesn't appear to be involved.

His Bravo bio teases that Nema joins the show to "reconnect" with his sister Mona after years of being apart. He's also a self-described "white-washed Persian" who appears to come from a blended family so it seems like part of the focus on his story this season will be about tackling some identity issues. "Looking to get to the root of his ongoing relationship struggles as an adult, the group bands together to help Nema gain the confidence to confront his unconventional family about his broken upbringing," his Bravo bio states.

According to a clip released by Bravo, Mike introduces Mona and Nema to the group in Big Bear, and cast crushes take root almost immediately. While Mona and Mike explore their ~thing~, Nema notices GG right away. She ended her marriage to Shalom Yeroushalmi last year after just two months and pledged to stay single this season, but it may not work out that way.

"In the simplest terms that I can put it, I would say submissions breeds resentment," she told People in July of 2017 of her decision to get divorced. "I have never believed in marriage. I did something to make someone else happy and I completely regretted it afterwards. I knew what I did was wrong and it wasn’t for me or for my happiness, but for someone else, and I guess for one moment I thought maybe someone else’s happiness will do it for me. And it didn’t."

In a clip of this season released by Bravo, Nema can be overheard asking Reza whether GG is married and Reza reveals that she's getting divorced.

Reza calls him "the Persian James Dean" and offers to give him the blueprints to Golnesa's heart on the sly, adding, "I gotta give you a few pointers, just because I know how that machine operates."

Apparently, Reza thinks that if he can boost GG's sour mood with a new guy, then it's a "win-win-win" for everyone on the trip. Something tells me it's going to be a little more complicated than that, but the new season of Shahs of Sunset kicks off on August 2, so we won't have to wait too long to find out.