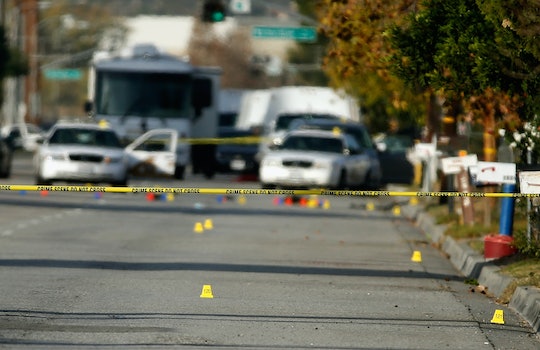 Who Is Nicholas Thalasinos? First Victim Of The San Bernardino Shooting Remembered As "Wonderful"

Information is still coming in about the horrific mass shooting yesterday in San Bernardino, California. While we are beginning to learn about the two suspects killed after a pursuit by police, information about the 14 victims who were killed at the Inland Regional Center is slowing becoming available. ABC News identified the first confirmed death in the shooting, and now you may be wondering who is Nicholas Thalasinos, the first confirmed victim of the San Bernardino shooting?

Nicholas Thalasinos was a co-worker of suspect Syed Rizwan Farook. Both men worked as environmental health specialists in San Bernardino and, according to Jennifer Thalasinos, Nicholas's wife, the two were part of the same "little group" at work.

Nicholas Thalasinos and his wife were practicing Messianic Jews, a fact Farook may or may not have known. Thalasinos was 52 years old, and according to a phone interview conducted by the New York Times, Thalasinos's wife, Jennifer, said that her husband "had worked with" Farook, but had not indicated any negative feelings about his colleague. She added, "He had talked about him. Nothing negative."

According to Nicholas Thalasinos' Facebook page, it appears he held politically conservative views and was vocal about his criticism of President Obama and the government's approach to ISIS. His wife added:

My husband was very outspoken about ISIS and all of these radicalized Muslims. If he would’ve thought that somebody in his office was like that, he would’ve said something.

His page is now being flooded with words of sympathy from all over the world, and Twitter has also spoken.

This story is devleoping ...