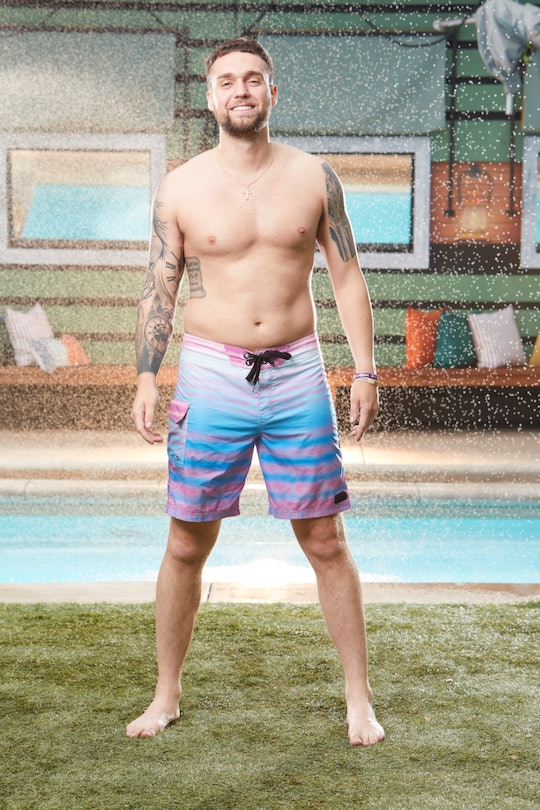 It's the middle of summer which means it's time for Big Brother — and time to meet the houseguests who will be competing for $500,000. This includes one Jersey boy who has a less than honorable strategy going forward (which probably means it's a good one). So who is Nick Maccarone on Big Brother ? The New Jersey native has only been watching the show since Season 17, so I wouldn't call him a super fan. But he knows the game well and you won't believe what he's going to lie to his castmates about. Nick, apparently is a mental health therapist for children, helping them through issues like depression and anxiety. But he's not going to tell his future housemates that.

"I'm gonna tell them I'm a child mentor," he told ET Canada, explaining that it's a similar job. "It'll just be easier to lie off of it. I can still say that I work with kids," he said. This is such a smart lie that I think will work. The key to a good lie is being able to keep track of the first lie you tell and the subsequent ones that follow. And in a lot of cases, Big Brother is all about telling lies to win. However, bad liars often forget the ones they tell about their personal lives, especially if they are too far from the truth. So hopefully Nick won't have this problem.

As for his strategy, he's going for the first Head Of Household as long as it's not too much of a physical competition. And it looks like he has a pretty good reason for this. "It's easier to make an alliance," he told ET Canada. "It's the first week, no one wants to go home first. So you can make your power alliance easier like that." He mentioned to Jeff Schroeder that players like Tyler and James were successful with that strategy.

Tyler from Big Brother 20 is one of Nick's favorite players, but he told ET Online that he'd rather they not meet each other in the house. "I definitely don't want Tyler to come back. He was just so good at the game," he said. "I feel like he'd be able to do the same thing that he just did last season."

Nick is going to try and focus on his social game the best he can and try to keep his outgoing personality in check. But that's not to say he's going to be disingenuous the whole time. He has anxiety and he plans to be open about that. "I'll definitely talk about it on the show for sure," he told ET Online. "You're gonna be lonely in there and you're gonna need to be able to talk to people. That's the best way to make yourself feel better and less anxious," he said, before saying that the negative stigma behind mental illnesses should be erased.

Honestly, he seems like one of the most normal, relatable guys. I'll be rooting for him.