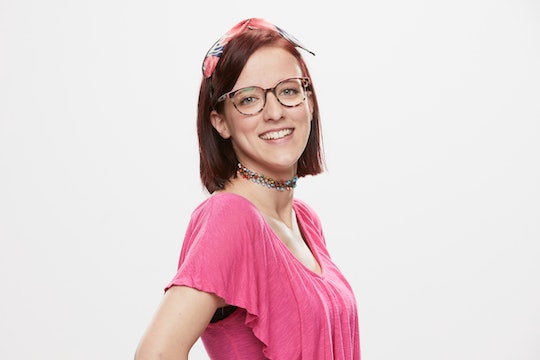 Nicole Anthony Is An Enthusiastic Addition To 'Big Brother'

When Big Brother launches Season 21 on CBS on Jun. 25, viewers will be introduced to a whole new group of contestants. You'll be getting to know them over the course of the season as they make alliances and scheme their way to winning, but taking a look at specific houseguests ahead of time can help you make predictions about who might win. Learning who Nicole Anthony is on Big Brother is one way to figure out if she's going to be a serious contender.

According to her official bio on CBS, Nicole is a 24-year-old preschool aide from Long Island, New York. She describes herself as hardworking, determined, and hilarious, noting that she always gives 100 percent and won't stop until her goals are accomplished. She's a fan of reading in whatever form it takes — whether it's novels, blogs, think pieces, or fan fiction. She also likes listening to music and drawing. All of those are pretty self-contained hobbies that could help her stave off boredom during her downtime in the house, which could be helpful.

Nicole isn't worried about living with strangers or being away from home, like some of the other contestants. Instead, she said that the most difficult part of being in the house, for her, would be stopping herself from telling people off. I wouldn't worry about holding back on creating drama, Nicole. That's why a lot of viewers are here, after all.

Nicole is prepared to play the game on her own terms. Most of the cast enters the house with a game plan in mind, like forming lots of alliances or pitting people against each other. Nicole wants to be as authentic as possible and stay true to herself. She didn't want to become too emotionally invested, but was aware of the fact that the other people in the house were still people, not just game pieces.

While talking to Jeff Schroeder for CBS, Nicole offered some more insight into herself and her house strategies. She wanted to keep certain details about herself under wraps, like her intelligence and knowledge of the show. She seemed to be both delighted and overwhelmed to be a part of Big Brother as a major fan, and that expertise mixed with her enthusiasm could keep her going in the house even when the going gets tough. Her work connecting to kids could also benefit her when it comes to connecting with her housemates.

Nicole's father Jerry Anthony spoke to Newsday about her joining the show. He said she'd been watching Big Brother for the last 12 years, and got the rest of the family hooked on it, too. She spent three years trying to get on the show, so now that she has her chance, it seems likely that she'll be making the most of it. "[Nicole] has a very bubbly personality and is very outgoing," her dad said. "A very determined person."

It seems like Nicole has everything it takes to succeed in this competition. She may be someone to watch.