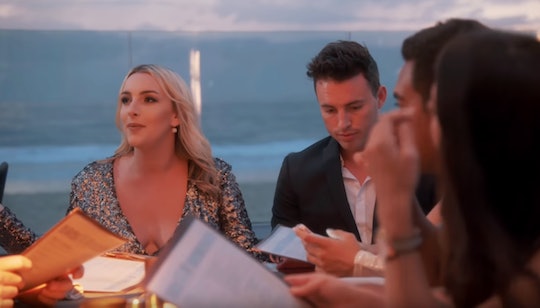 MTV’s new reality series, Pretty Little Mamas, feels like a hybrid of The Hills and Teen Mom. It follows five 20-something moms as they try to balance their lives between kids, college, relationships, and their glamorous social lives. Nicole, the queen-bee of the group, lives a cushy life, but her beau seems to be surrounded by drama. So who is Nicole’s boyfriend Michael on Pretty Little Mamas? Because it looks like he wants all the attention.

According to his LinkedIn page, Michael Bucciarelli is a real estate agent who works for a company called Flagship Real Estate Group in Encinitas, California. Before that, his profile lists him as an Executive Producer at Pacifica Entertainment, where he scouted new talent. He is also currently listed as the CEO of a company called Relli Corp, but there’s no exact description on what this organization does, other than a few mentions of charitable work around San Diego. Michael got his Bachelor’s in Business Administration and Management from San Diego State University back in 2016, and his LinkedIn resume also includes Food Handlers Certificate in his list of accomplishments.

On his Instagram page, Michael has “MTV’s Pretty Little Mamas” in his bio, so I’m assuming he’ll be credited as part of the cast. At the time the series was filmed, he had only been dating Nicole for two months, and she seems to be completely smitten by him. Things didn’t work out with her ex-boyfriend (the father of her daughter Noelle), but according to her MTV bio, “she insists she has found the one" in Michael, despite the bad impression he’s left on her friends.

During the first episode, Nicole revealed that she met Michael on Tinder and that because he was the total package, she wasn’t ready to let him go. “It’s much harder dating when you have a child, because you have to make sure this guy is loyal, honest, respectful, and then has to like kids,” she says on the show. “I finally found this guy, who’s in his twenties, super hot, super funny, and Noelle likes him. I am not letting him go.”

But when Nicole first introduced Michael to her friends in the first episode, he showed up slightly drunk proudly proclaiming he had been “kicked out of this hotel like nine times." He then went on to offer Nicole’s friend dieting advice, telling her she looked like she needed to lose weight. In the meantime, Nikki’s friend recognizes Michael from Tinder, and tells her that she may have matched with him on the app. Even though Nicole kicks Michael out of the party for being a drunk mess, she doesn’t believe Nikki’s friend’s claim that he’s still on Tinder. “Michael might be a mess right now, but he is not a liar,” she says to the camera.

But the couple seems to be going strong. Nicole’s Instagram page features plenty of pictures of herself, her friends, and her daughter Noelle, but not many of Michael. This could be because of agreements she’s signed with MTV, or just because she wants her relationship status to remain private. But Michael’s Instagram page tells a fuller story. He posted a family photo with Nicole and Noelle for Christmas, and posted a video in June commemorating the couple’s first year together with the caption, “Thank you for everything you’ve done this past year. Happy Anniversary #1year.”

So it’s nice to know that despite all the drama on the show, Michael and Nicole are still going strong. It will still be fun to see how things played out at the beginning of their relationship on this season of Pretty Little Mamas, which airs new episodes on Thursdays at 9 p.m. ET on MTV.