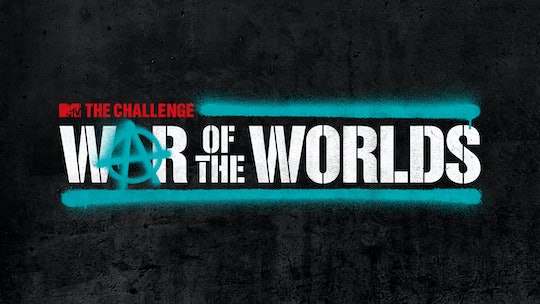 These Are All The Contestants On 'The Challenge: War Of The Worlds'

MTV's The Challenge is one big reality TV crossover: contestants from various other shows join the competition to earn a tidy $1 million prize after completing physical and mental challenges that vary from season to season. It's basically The Avengers for reality television. But who is on The Challenge: War of the Worlds cast? The new season welcomes competitors from some of your favorite shows.

Season 33 of The Challenge debuts on MTV on Feb. 6, though there will be a Basic Training special airing ahead of the new season on Jan. 30. This year, newbies are fighting it out alongside veterans, with participants hailing from The Bachelor, Big Brother, Love Island, Survivor, and American Ninja Warrior. But there will also be cast members from MTV shows like Geordie Shore, Ex on the Beach, and Floribama Shore. There will be 34 people in all trying to win that final prize in what MTV calls "the grittiest, most hardcore season ever."

Reality TV connoisseurs are sure to recognize some of the familiar faces popping up in War of the Worlds, especially if you're a fan of past seasons of the show. Having 34 contenders in its 33rd season promises for a pretty epic edition of The Challenge.

Though not split evenly down the middle, roughly half of the contestants will be veterans and half will be new prospects. There are 16 veterans who have appeared on the show before. According to People, they will be:

Perhaps their impressive amount of experience will give the veterans an edge, but the prospects could bring a fresh perspective and new energy to the show. Coming from a myriad of other shows, the 18 prospects are:

Chase McNary (The Bachelorette and Ex on the Beach)

Zahida Allen (Ex on the Beach)

Having some cast members return means that old grudges might be reignited, though all the new additions promise unexpected alliances as well. Anything could happen when the show returns to MTV, hosted once again by T.J. Lavin. There are so many variables on The Challenge this year that it's hard to predict how the season will shake out. Viewers can look forward to all the shocks and surprises Season 33 will have to offer.