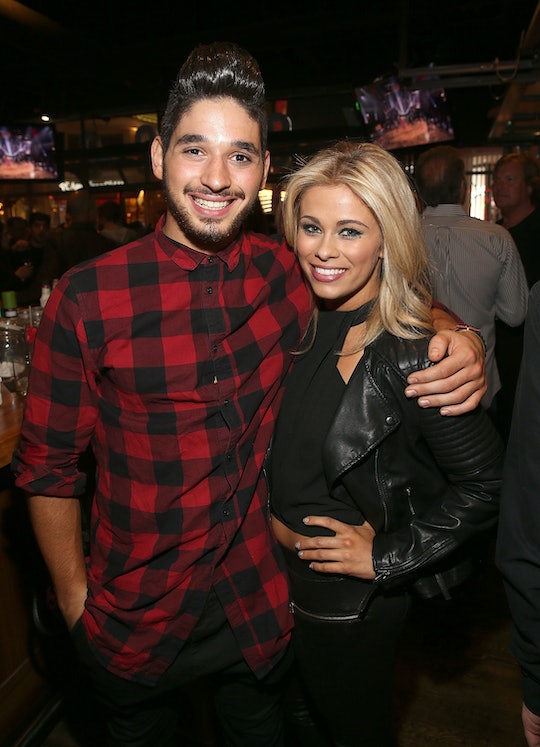 Who Is Paige VanZant Dating On 'Dancing With The Stars'? The Fighter Is Staying Mum

On the penultimate week of Season 22 of Dancing With the Stars, Paige VanZant absolutely slayed her trio dance with regular partner Mark Ballas and pro Alan Bersten. It wasn't the first time Paige and Alan danced together. Week 2, Mark was unfortunately out due to an injury, and was temporarily replaced with Alan. And, as fans noticed, the two have an undeniable chemistry. But, is Paige VanZant dating anyone, more specifically, are there any truth to the dating rumors swirling around?

For their trio dance, Paige and Mark said that they chose Alan because they already knew that Paige and Alan danced well together. And apparently their chemistry extends beyond the dance floor. The video package teased their relationship, with Paige insisting that the pair were "friends." But when Erin Andrews asked Alan pointedly about the relationship immediately after their routine, he dodged the question so awkwardly it was as good as a confession. Plus, Alan tweeted a rather cheeky comment regarding his lack of off-the-cuff responses on the show.

Paige VanZant is definitely not the most famous of the stars currently dancing on stage, but she has emerged as a dark horse candidate to take home the mirror ball trophy. Her athleticism and grace are on display each week as she delivers killer after killer routine at an almost professional level. Can you tell yet that I have a favorite? Her Week 2 "Latin Night" salsa with Alan Bersten was the first indication that she was the one to watch on this season's competition. She scored straight 8s, with Carrie Ann Inaba exclaiming that she destroyed that number!

While I hope that Paige and Alan are actually a thing, TMZ reports that she has said she's "very single," following her split in September from fellow UFC fighter, Cory Garbrandt, and she is definitely not dating Mark Ballas, who is engaged to a "wonderful lady." Maybe she was just being coy with the TMZ cameras following her around, maybe she and Alan Bersten are just on different pages, or maybe she's actually not dating anybody. But I still kinda want to imagine Paige and Alan salsa-ing around the living room in their pajamas, so please let me have that.