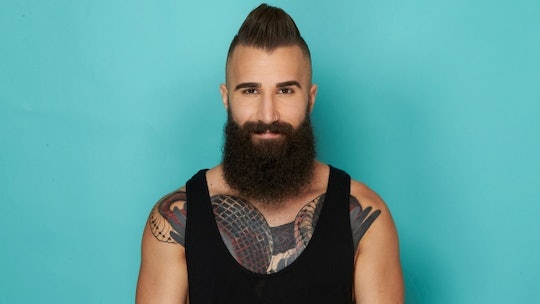 Who Is Paul Abrahamian On 'Big Brother 18'? He Has An Impressive Beard

Big Brother is ramping up for Season 18, which means a new group of people moving into the house with new personalities, backgrounds, and problems that will intersect in hopefully explosive ways. Some of them will probably become allies and other enemies – and who knows, a real connection or two could form as well. There might not be a ton of information on the new cast available before the season airs, but there is some that's just vague enough to entice the curious. For example, who is Paul on Big Brother Season 18?

Paul is a clothing designer who hails from Tarzana, California. He describes himself as honest, spontaneous, and energetic; nice qualities to be sure, but that first one might not be the biggest help when it comes to angling to win the competition. He's a fan of music, enjoying the full spectrum of concert activities that extend beyond listening, such as crowd surfing and stage diving. He's also an outdoorsy guy who describes himself as a "thrill seeker," which could bode well for the competition; anyone willing to take big risks could end up taking home big wins, too. And despite his professed honesty, Paul does have a plan for surviving in the house.

When asked about his strategy for winning, Paul prized his sneakiness above all. "I'm very observant, remember things and handle high stress situations well," he said in his Big Brother bio. "I’ll probably use people's weaknesses against them. It's very hard to get underneath my skin, but very easy for me to get underneath yours, so I think I can mentally crack any member. I'm really good at getting people to do what I want [and] getting them to think they're on top of a situation when, really, they're not."

Not the kind of thing you'd put on a dating profile, but definitely useful for playing the game on a show like this. While Paul may be confident in his ability to sneak, he has his concerns about adapting to everyone else in the house; they are unknown quantities at the start, after all. Still, he reiterates that he "thrives on situations and circumstances like this." There's definitely a reason he calls himself a thrill seeker.

It seems like Paul wants to get the most out of this experience that he can and he doesn't have a whole lot of fear about taking a dive into the arena.