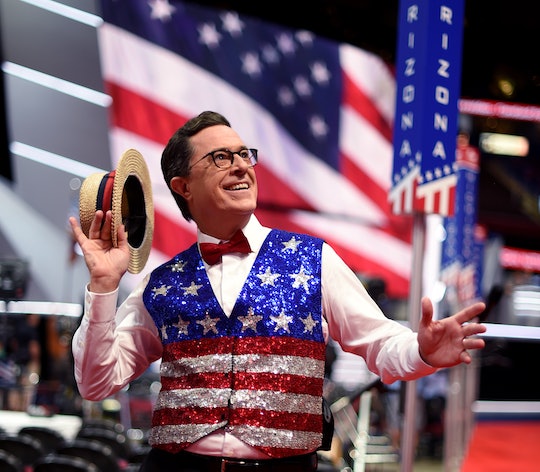 Who Is Performing At The RNC? It's A Lackluster Lineup With A Few Gems

The 100th Republican National Convention is underway in Cleveland, Ohio, where billionaire Donald Trump is mere hours away from securing his party's official nomination for the Republican presidential ticket, with Indiana Gov. Mike Pence as his running mate. If you think the RNC is some stuffy suits-only affair, you'd be surprised: Like any good conference, the RNC hosts a full lineup of performances and parties over the four-day schedule. Who is performing at the RNC?

It all breaks down into a few categories: First, there are the performers on the RNC's Order of Business, the comprehensive program that outlines all of the official conference events during each day. Then there are performances at the RNC "Freedom Plaza," an open air gathering space outside the convention hall. Finally, VIP RNC attendees can attend special concerts and events outside of the Order of Business; many of these exclusive parties are invite-only.

You've got to give the RNC some credit though: For as stodgy an affair as the RNC could be, it has brought in a diverse number of acts, performers, and bands, but they all definitely have a distinct hard rock and/or country twang to them — but that's not surprising for the GOP convention. Here's a look at some of the highlights.

The 2016 Cleveland Rocks festival taking place during the Republican National Convention will feature both Lynyrd Skynyrd and Kid Rock. While not officially sanctioned or endorsed by the RNC, concert organizers all have ties to the Republican Party. Like many official and unofficial RNC events, these concerts aren't open to the public. Another unofficial event has country singer Martina McBride performing at a concert during the GOP convention to benefit the arts advocacy group, Creative Coalition.

Concerts at "The Freedom Plaza"

Who's Singing The National Anthem

Singing "The Star Spangled Banner" is always kind of a big deal, no matter where it might be sung. Whether it's your high school graduation or the Super Bowl, it's always an honor to sing our nation's anthem (says the girl who sang it at her high school graduation). The RNC has smartly selected National Anthem singers that either strongly represent the Ohio community or with strong ties to the Republican Party.

On Monday, the RNC opened with the Singing Angels performing the National Anthem — a 52-year-old select youth music group comprised of students from the greater Cleveland area. They totally killed it, too:

Other "National Anthem" singers include local Ohio-based performers Dan Polk, who sings at the Cleveland Indians' games and gospel singer Abby Paskvan. On Thursday, conference-goers will be treated to the voice of Ayla Brown — better known as former Sen. Scott Brown's daughter and a season 5 contestant on American Idol.

Oh, And One Of Their Own

Did you know that Arkansas Rep. Rick Crawford has a band? Well, he does, and they're called Triple Nickel. The lucky delegates of Arkansas and Arizona got to listen to their country music stylings at a VIP party Monday afternoon.