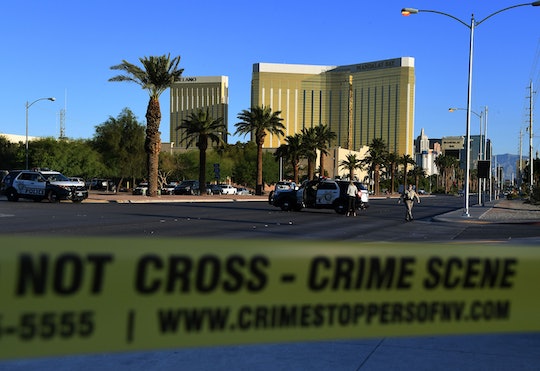 Quinton Robbins: The 20-Year-Old Las Vegas Shooting Victim Was Loved By Many

Late Sunday night, a gunman opened fire during a open air concert outside of a Las Vegas hotel, reportedly killing more than 58 people and injuring hundreds of others in what's now called the deadliest mass shooting in modern American history. Now, as the list of victims begins to roll in, it becomes clear that the heartbreak is only beginning. The latest confirmed casualty in the Las Vegas shooting is Quinton Robbins, a 20-year-old student who friends described as the "sweetest most genuine boy ever."

After a horrible, heartbreaking shooting like this, many look for details on the shooter, wanting to figure out why and how something so tragic could have happened. But now is the time to hold up the victims, to remember and celebrate them for all that they were, and all that they could have been had their potential not been cut short. Friends and family are remembering Robbins as a special soul who was loved by so many. Robbins was a student at the University of Nevada-Las Vegas. When not attending school, he found joy in coaching his little brother's flag football team, according to what his friend Tyce Jones told Newsweek. He also worked in the city goverment of his hometown, and loved the outdoors.

His aunt, Kilee Wells Sanders, shared a picture of him on Facebook, announcing his death and writing:

With an incredibly heavy heart. My sweetest nephew has passed away. He was the most kind and loving soul. Everyone who met him, loved him. His contagious laugh and smile. He was truly an amazing person. He will be missed by so many, he is loved by so many. So many awesome talents. I can’t say enough good about this sweet soul. Because of the gospel and plan of salvation I have faith we will be with him again. Quinton Robbins, I, and your entire family will miss you so much everyday. Always will be thinking about you. Please pray for his parents and siblings at this time. Please also respect their privacy as this is a devastating loss that is incredibly painful for the families.

According to The Daily Beast, Robbins was attending the music festival with his girlfriend, who appears to have made it through the attack safely. In the aftermath of the shooting, his friends posted frantically on social media, looking for information about him, praying for his safety. His girlfriend's mother wrote on Twitter that they had made contact with Robbins' girlfriend, but begged "EVERYONE please please please pray for Q." Sadly, Robbins joined the list of at least 58 people whose lives were cut short by this senseless act of violence.

Another one of Robbins' aunts wrote on Facebook that he "had a huge heart and would do anything for anyone." She added that he had previously overcome health issues, and "did not let them interfere with living his life to the fullest."

It is clear that Robbins will be dearly missed by all who knew and loved him, just like the many other victims whose names and identities are beginning to trickle in as the nation reels from this horrific attack.

Hundreds more victims are in the hospital now, being treated for their injuries. If you would like to help them, Newsweek has a good round-up on how you can donate blood to the Las Vegas victims if you are in the area. Alternatively, a GoFundMe started by Steve Sisolak, the Clark County Commission Chair from Las Vegas, also seems to be a good place to donate to help victims and their families as they start to recover from this violence.

It's important to take a moment, in tragic times like this, and remember those whose lives were cut short by someone else's twisted actions. There's no doubt that Robbins will be deeply missed by all who knew him — condolences to all those who are grieving in the wake of this terrible loss.