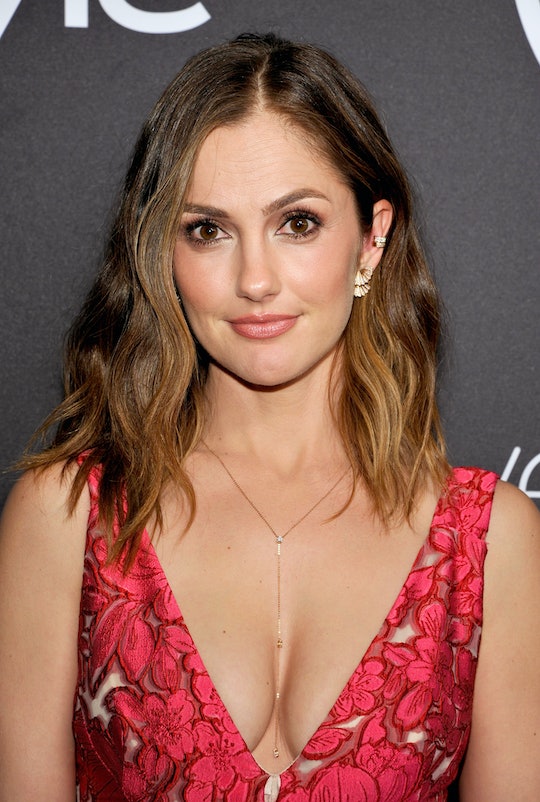 Rafael's New Girlfriend May Not Be Trustworthy

Jane the Virgin has leapt three years into the future, and while most of my favorite characters are still around, the time jump has also brought new characters to the show. Both Petra and Rafael have new loves interests, leaving many to wonder who is Rafael's new girlfriend on Jane the Virgin? Abby Whitman, played by Friday Night Lights alum Minka Kelly, is the owner of Whitman Greetings Cards Company, and that's pretty much all fans know about her thus far. She only appeared in the latest episode twice and honestly, I forgot about her for most of the episode, as did the narrator.

"Oh wow I almost forgot about Rafael's girlfriend, Abby," the narrator said when Abby made her second appearance in the episode. "Which may be significant, but that's for another day." So what does that mean? Why wasn't Abby around for most of the episode? Is it because she's doing something sketchy? Let's face it, Rafael doesn't have the best track record when it comes to love interests and he's been lied to by his exes more than once. Or is there another reason Abby was MIA for most of the episode? Is it possible her and Rafael's relationship is just a sham?

Unfortunately, it's too early to tell. The show hasn't given us that much information on Abby and there's a whole three years worth of background details that fans have missed. For example, viewers don't even know how Abby and Rafael met or how long they've even been together. Assuming they didn't start dating until after he got out of prison, they couldn't have started dating more than a year ago, but a year's still a long time.

Whatever the status of Abby and Rafael's relationship is, fans aren't happy about it, especially people on Team Rafael. With Michael out of the picture (RIP forever and ever and ever), many fans were ready (or at least pretty much expecting) to see Jane and Rafael get back together. But now Abby is standing in the way of that happening, at least for now. I wouldn't be too worried though. From the looks of it, Abby's definitely not here to stay and I give her until the season finale before she's either killed off or revealed to be the show's newest villain. Mark my words.