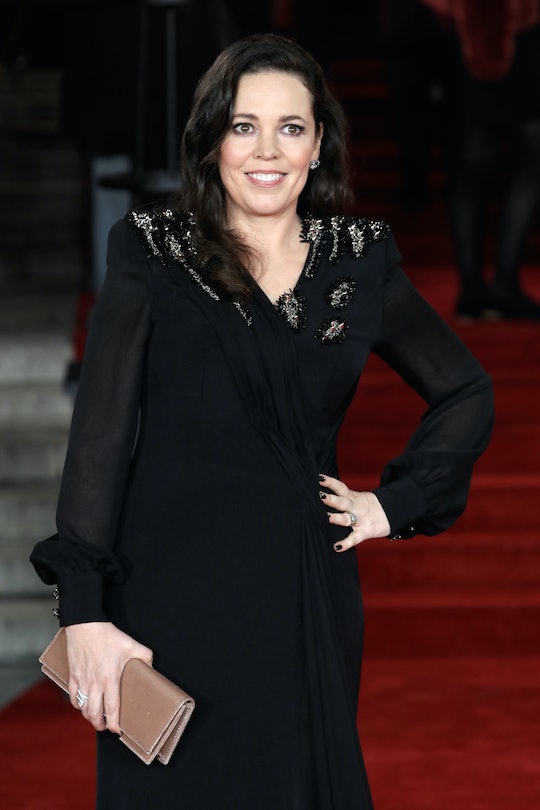 The second season of The Crown may have only just debuted, and yet the show has already been renewed for Season 3 and 4. However, because each season of the show follows a decade of Queen Elizabeth's life, for the following two seasons, a new actress will step in as the queen. So who is replacing Claire Foy in The Crown Season 3? British actress Olivia Colman was tapped for the royal role.

The 43-year-old has a long résumé on both film and TV, and it's not all that surprising that she was asked to play such an important historical figure. On the small screen, Colman's list of credits include roles in Bruiser, The Mitchell and Webb Situation, That Mitchell and Webb Look, Gash, Look Around You, Green Wing, The Time of Your Life, Beautiful People, Exile, Twenty Twelve, or Rev. But her most distinct TV role to many probably comes in the form of Ellie Miller from Broadchurch in which she stars alongside David Tennant or her portrayal of Angela Burr in The Night Manager. In fact, Coleman received her first Golden Globe for her role as Angela as well as an Emmy nomination for the part.

On the big screen, Colman most recently played Hildegarde Schmidt in the film adaptation of Agatha Christie's mystery novel, Murder on the Orient Express. She's additionally been cast in a number of other notable films like The Iron Lady, Locke, The Lobster, and Hot Fuzz. It also looks like she'll have a busy schedule next year. Besides starring in the next two seasons of The Crown, she'll also be in the miniseries, Watership Down, and the films Them That Follow and The Favourite, in which she'll play another British royal, Queen Anne.

Before Coleman steps in as Queen Elizabeth, Foy dons the crown one last time for the second season. While the first season focused on Elizabeth's life right before she ascended the throne and her ascension thereafter, this new season takes a deeper look into the lives of the British royals, roughly covering the time period of 1957 to 1964. Season 2 has already received great reviews from critics for the way in which it takes stories that are pretty well known and makes them feel fresh and new.

It wouldn't be surprising if Foy's final bow on the series led to another round of nominations for her next award season. Her acting as Elizabeth was what kept most viewers watching and really showed just how skilled Foy is an actress, making her a big name in Hollywood, of late. Thus, Coleman will certainly have big shoes to fill, but she certainly seems equipped to do the role justice.

What will be interesting is to see who will replace the other characters on the show, particularly Elizabeth's husband, Prince Philip, who has been played by Doctor Who alum Matt Smith for the first two seasons. Nothing has been announced on that front just yet, but whoever gets the role will also have to combat the ghost of Smith, as fans will definitely be comparing the new actors to the originals.

Hopefully, the cast change will only make the next two seasons of the show better. However, regardless of who's playing the characters, the crew behind the scenes isn't changing so you can expect the same level of drama, direction, incredible costumes, and gorgeous backgrounds as the first two seasons.

You can watch the second season of The Crown now that it's streaming on Netflix.