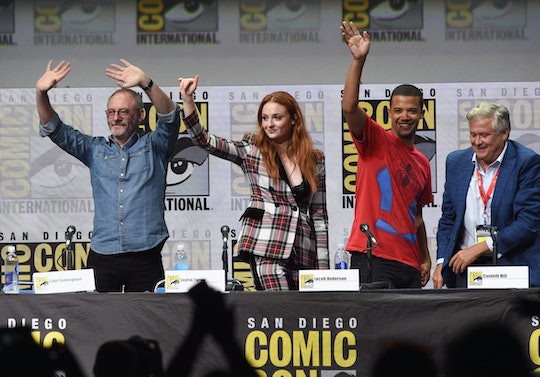 Not Every 'Game Of Thrones' Character Will Return For Season 8

With Season 7 of Game of Thrones winding down, fans are already eager to find out all the details they can about Season 8, including potential plot points and which characters will come back. So who is returning for Game of Thrones Season 8? There aren't too many official details that have been released yet, but I can make some educated guesses. Kit Harington — aka Jon Snow — for example, will probably be back.

HBO is notoriously tight-lipped about anything that could be construed as spoilers, so no one at the network has released any information about which characters will be returning for the final season. With one episode left to go in Season 7, and no major character deaths so far — unless you include Olenna and Thoros — it's possible that one beloved character will not make it to the final season. Game of Thrones used to be famous for killing off characters with seemingly impenetrable plot armor (see: Ned Stark, Robb Stark, Catelyn Stark, Starks in general). Lately, however, it looks like the show is more unwilling to kill off its main stars. While the most obvious person to get the death sentence in the season finale is Cersei Lannister, what little clues I have managed to gather indicate that she'll be present in Season 8.

Lena Headey, who plays Cersei, has hinted at her character's survival, at least through Season 7. The actress has discussed reading the script for Season 7 with Time, stating, "I [assumed] oh, I'm going to die. And then, I went straight to the end. I was really in shock. I think obviously, now, there's got to be some body count at the end of [season] 8." Fans take this to mean that Cersei will be there in Season 8. It's probably safe to assume Jon Snow, Daenerys, Tyrion, and the Stark sisters (assuming nothing goes horribly awry) will also survive to the next season. The major characters are all reported to have renewed their contracts — with considerably pay-raises.

But will any long-lost characters make a reappearance? Will we be blessed with more Gendry? Will Daario come back? Other tertiary characters we've come to know and love like the Hound, Brienne, Tormund, Ser Jorah, and the Greyjoys are in considerably more danger than the core cast. So far there hasn't been any whispers as to whether all, some, or none of these secondary characters return for Season 8. Of course, I know what I want to happen, but this isn't a show that usually just gives its viewers what they want. Filming is reported to start in October of 2017. So it looks like you and I are in for a long wait to find out.