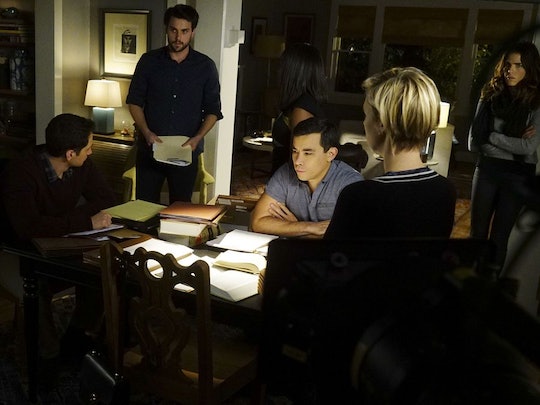 Who Will Return For 'HTGAWM' Season 4?

There's been no news about contracts for the next season, although it has been confirmed by Entertainment Weekly that the show will definitely be back for a fourth season. One can assume the Keating 4, along with Annalise (Viola Davis) and Bonnie (Liza Weil), will be back for another go around, given that the entire premise of the show is based around them. It also seems fair to assume that Wes (Alfred Enoch) won't be around for Season 4, at least not as a series regular. After it was revealed that Wes was under the sheet, Enoch went on Jimmy Kimmel Live! and assured fans he'd be sticking around for the rest of Season 3 but said nothing about his status for Season 4.

While both Annalise and Frank (Charlie Weber) are currently on trial for this murder, it seems very unlikely that Annalise is going anywhere, mainly because the show would be nothing without Davis. So it's most likely Frank will end up taking the fall for this crime, but even if he gets sentenced to prison, that doesn't mean fans won't see him around anymore; they could just be seeing him from prison.

Then there's Oliver (Conrad Ricamora) and Nate (Billy Brown). While I'd love to see them both come back, during each finale of How to Get Away with Murder someone ends up dead and they're the two most likely to go. Then again, it's become painfully clear that show creator Peter Nowalk has no problem killing any of the main cast members off if the storyline calls for it, which means no one is 100 percent safe. Except Davis; she's definitely safe, right?

And let's not forget about the side characters, some of whom I hope won't return in Season 4. A.D.A. Rene Atwood (Milauna Jackson) and Soraya Hargrove (Lauren Luna Vélez) can go. I liked Soraya until she betrayed Annalise; now she's on my bad list. Other than them though, I'd like it if Nowalk didn't kill off any more of my faves, but sadly I'm sure he will.

Truthfully though, there's just no way to know who's coming back next season just yet. With this show, anything can happen and these actors should always be prepared to start looking for a new job.

More Like This
For Real Life!? More 'Bluey' Is Coming, But We'll Have To Hang Tight For Season 4
When Does 'Yellowstone' Season 5 Come To Peacock? Not Soon Enough
Hey Fellas, 'Ted Lasso' Season 3 Is Coming Soon
Jessie James Decker's Husband Is Worried A Vasectomy Will Take Away His "Power"
What Parents Are Talking About — Delivered Straight To Your Inbox