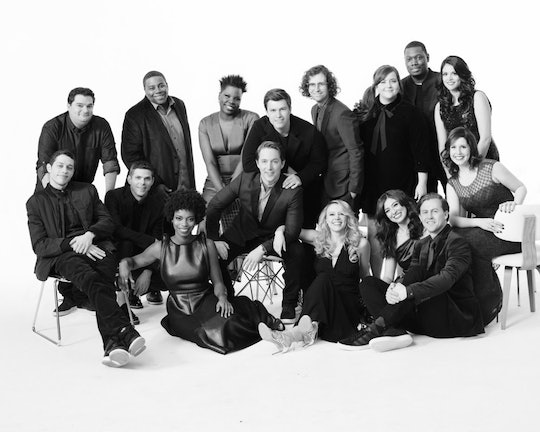 Who Is Returning To 'SNL' Next Season?

Well, folks, believe it or not, Season 42 of Saturday Night Live is coming to a close on May 20, with an episode marking Dwayne Johnson's induction into the Five-Timers Club. The current season of SNL has been one of the show's most popular and successful runs in years — both critically and in terms of viewership. So, suffice it to say, fans are probably going to take this summer-long hiatus kinda hard. Many have already turned their attention to Season 43, wondering when it will premiere and who will be in it. So who is returning for SNL Season 43?

It's still early — typically, a new season of SNL premieres in late September or early October — so the cast announcements have yet to roll out in earnest, for the most part. There has only been one definitive exit announcement and that's Bobby Moynihan's. The comedian-actor's departure wasn't surprising. Back in March, it was reported that he'd been cast in a new CBS pilot, Me, Myself & I, and many theorized that this news signaled an impending SNL exit. That wound up being correct, as the new series pick-up was announced at CBS Upfronts earlier this week, and with it, the news that Moynihan would be hanging up his SNL hat after nine seasons on the show. Update: additionally, Entertainment Weekly has now confirmed that Vanessa Bayer will also be exiting the series after seven seasons. Shortly afterward, Variety confirmed that Sasheer Zamata was leaving SNL as well after four seasons.

Beyond that, other cast members haven't yet announced whether they're staying or going. For the most part, I think the current cast is pretty solid and so do other viewers — this has been the most-watched SNL season in 23 years, according to The Hollywood Reporter. Given that news, I can't imagine that Lorne Michaels and the rest of the behind-the-scenes crew have any great desire to shake things up and mess with a formula that's clearly working for them.

But again, nothing has been confirmed (and no other cast members have reportedly been cast in new shows), so we'll just need to wait and see. For what it's worth, returning members from Season 41's cast were confirmed as appearing in Season 42 by late August last year and new Season 42 cast additions Mikey Day, Alex Moffat, and Melissa Villaseñor were announced in mid September. If SNL sticks with that timeline, it means fans have a few months to go before they can expect to have a solid idea of what the Season 43 cast will look like.

Personally, I've got a few predictions in mind. For one, I'd be shocked if Kenan Thompson leaves. There were plenty of rumors over the past few years that he would be exiting, but he stuck around and is now tied with former cast member Darrell Hammond for the longest SNL tenure. At this point, why not just stick it out at least one more year and take the title? They even had Tina Fey make a joke about it back in January.

I would love to see Leslie Jones and Kate McKinnon stick around, because they're both hilarious women. McKinnon, in particular, is an essential part of the cast, with her Kellyanne Conway and Jeff Sessions impressions being consistently popular. Beck Bennett's Vladimir Putin and Mike Pence impressions are probably not going anywhere either. Finally, Mikey Day has written and appeared in some of Season 42's best sketches — the beloved David S. Pumpkins among them — so I can't imagine that he'll be departing anytime soon. Who might be departing, if anyone — that I'm less certain about.

Again, these are just predictions. We'll just need to revisit this in August to see if I was even remotely on target with my guesses.