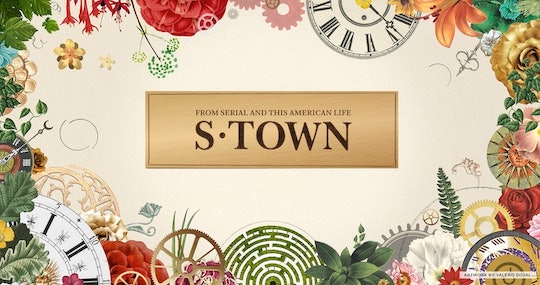 S-Town, if you look beyond all of its twists and turns, is the story of man, meaning, and familial relationships. And one of its most interesting "characters" in the seven-episode podcast is John B. McLemore's cousin. So, who is Rita on S-Town, and why is her storyline so compelling? If you've made it through "Chapter II," you know that the story host Brian Reed is now telling is no longer the story of an alleged murder in small-town, "Sh*ttown," Alabama. (And if you haven't finished "Chapter II" yet, stop reading this article now because spoilers for Season 1 of S-Town are below.) When McLemore commits suicide by drinking cyanide at the end of "Chapter II," S-Town morphs into a fascinating story that examines not only our place in the world, but also our place within the ecosystems and structures that define and hold who we are.

McLemore's death blows open the story of Woodstock, Alabama in a brand-new way. It also ushers in a bevy of new people who are integral to the story because of their connection to McLemore's life. Chief among those people is his cousin, Rita, who drives to Woodstock from Florida with her husband after hearing about his death.

We first meet Rita in the aftermath of her cousin's death. As she's traveling to be with her family, Tyler Goodson is already at work trying to get power of attorney over McLemore's mom, Mary Grace, so that she can go home to her own house and not a nursing home. Rita and her husband, however, were already at McLemore's home with a local police officer, trying to get into the house. Because the police officer correctly reasoned that Goodson had the spare key, Rita and her husband wanted him to come to the house to let them in. This, unfortunately, is where the problem begins. The meet-and-greet between McLemore's cousins and his best friend spills out less than smoothly. According to Goodson, Rita says that she was just "wanting to get some, uh, clothes out of the house," ignoring that McLemore's death meant that his mother's care was up in the air.

Goodson told Reed that although McLemore had mentioned he had some distant cousins who were "nothing but trash," McLemore didn't offer up much more about his extended family. From Goodson's point of view, he tried to do the right thing, asking McLemore's mom what to do about the cousins (Mama, Goodson told Reed, said not to let them on the property if they hadn't even tried to visit her yet). More than anything, Rita's arrival puts front and center one side of the fractured half that makes McLemore's story so universal: the frayed connections familial bonds have on our lives.

In the "battle" of Goodson versus Rita, there's no winner. It's a he said, she said issue of the truth — his version of it, her version of it, and what actually happened. Though we learn so much about both of their stances on what should happen with Life After McLemore, Rita is a private person who deserves every right to privacy during this time. Their story may play out on a very public, very universal platform, it's important to remember that she's still a person who, very much like Goodson, is grieving the death of a family member and trying to do what she feels is best for her family. She and Goodson may have different means of answering that question, but it'd be wrong to assume they weren't both trying. It'd be foolish to assume one method is better than the other.