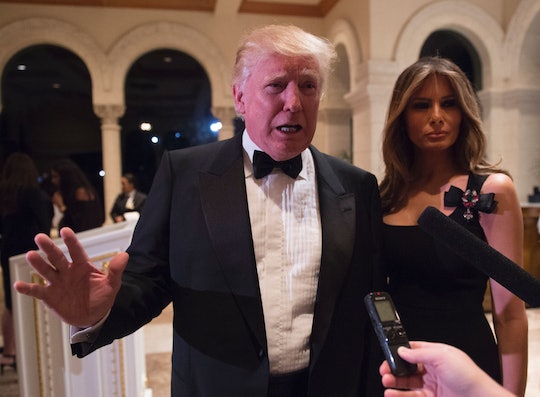 Based on President-elect Donald Trump's tough talk on the campaign trail, negotiating favorable trade deals for the United States will be a major focus of the incoming administration. Trump's most recent appointment to handle trade negotiations signals he's not planning on backing away from his commitment to confront countries that he views as getting the better end of trade with the U.S. Who is Robert Lighthizer? Trump has nominated him for U.S. Trade Representative.

Trump said in a statement announcing his intention to appoint Lighthizer, according to the LA Times.

Lighthizer is going to do an outstanding job representing the United States as we fight for good trade deals that put the American worker first. He has extensive experience striking agreements that protect some of the most important sectors of our economy, and has repeatedly fought in the private sector to prevent bad deals from hurting Americans. He will do an amazing job helping turn around the failed trade policies which have robbed so many Americans of prosperity.

Trump doubled-down on his position to aggressively pursue a more favorable trade position for America with this tweet sent just following the announcement of Lighthizer's appointment.

Lighthizer has been a staunch critic of China's trade policies, arguing on behalf of U.S. steel companies, which he represented as an attorney, that China's tactics are a threat to the U.S. economy, according to Reuters. Lighthizer was one of the the architects of Reagan's efforts to push back against Japan's challenges to the U.S. economy through imposing limits on Japanese imports, Bloomberg reported.

Lighthizer explained his position on trade with China in a 2011 Washington Times article, according to Bloomberg:

The icon of modern conservatism, Ronald Reagan, imposed quotas on imported steel, protected Harley-Davidson from Japanese competition, restrained import of semiconductors and automobiles, and took myriad similar steps to keep American industry strong. How does allowing China to constantly rig trade in its favor advance the core conservative goal of making markets more efficient? Markets do not run better when manufacturing shifts to China largely because of the actions of its government.

Lighthizer has also been highly critical of the World Trade Organization, which he blames for allowing China's rise, Reuters reported.

One Washington attorney, who has worked with Lighthizer for more than 30 years, but asked that his name not be used told Reuters, "Bob Lighthizer is very smart, very strategic and totally fearless. You can expect him to use every tool available to create leverage to get China and anyone else to stop the cheating. He is no fan of the WTO."

The pick makes one thing clear: China is being put on notice by the Trump administration, because it is gunning to re-establish the rules of international trade between the two countries.